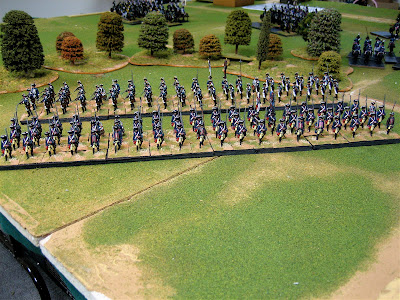 
I am offering six of the core battalions in my Seven Years War Batailles de l'Ancien Regime (or "BAR") infantry battalions for sale. Each unit contains sixty figures painted by Der Alte Fritz Himself and is ready for immediate transfer to your own army. Each battalion is a Prussian unit that fought in the SYW, although one could easily use them for fictional Imaginations' armies. Flags are either GMB Designs flags, or in the case of the two Stadden units, they are hand painted on a cast lead flag that is a part of the standard bearer figure.

The price per battalion is $500.00 plus shipping costs with a 10% discount for the purchase of two or more units from the collection.

If you are interested in acquiring any or all of these fine 28mm/30mm wargame units, then leave your contact information either in the comment section of this posting or send me an e-mail at altefritz1740@yahoo.com for more information.

The two Stadden figure battalions are IR7 Bevern, in a classic march attack pose, and IR13 Itzenplitz, in a firing pose. Both battalions have served me well in my SYW campaigns, particularly the Itzenplitz regiment, which has earned an "elite" rating due to its prowess on the table top. The two regiments are depicted in the picture at the top of this page.

RSM Group
The two RSM battalions are fusilier regiments IR35 Prinz Heinrich and IR42 Markgraf Friedrich. IR35 has GMB flags while IR42 has the lead flag cast as part of the standard bearer casting and thus is hand painted by me. 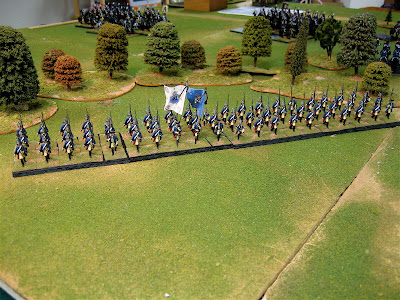 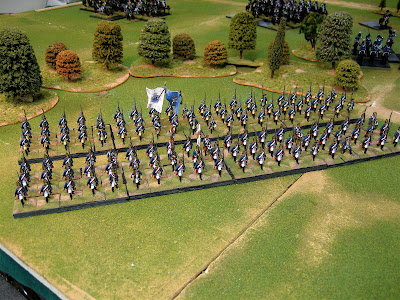 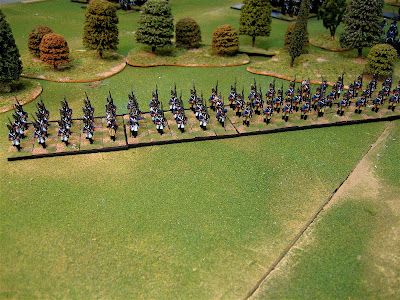 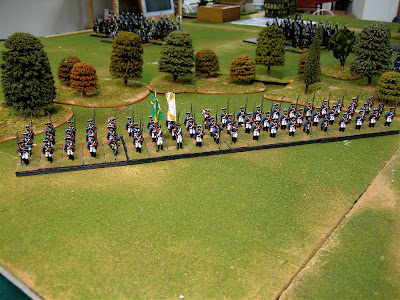 IR25 Kalckstein musketeer regiment (Elite Miniatures)
These figures are in the newer "march attack" pose that Elite Miniatures added a year or two ago and carry GMB flags into battle. Its grenadier companies are included with the Heyden Grenadier battalion, show further above.