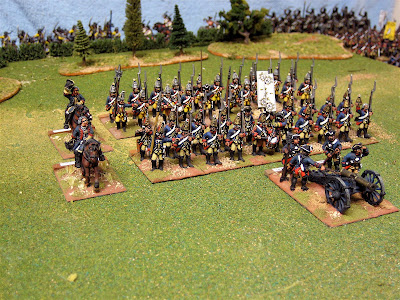 Two battalions of the Prussian Guard: IR6 in front, IR15/III in second rank.


Here is the listing of the Foundry infantry battalions that are for sale from my collection. Each battalion has 20 figures, based 4 per stand on a stand measuring 1.5" by 2". Textured terrain and wooden identification plaques on the back edge for each stand provide a nice finishing touch. You could pair two grenadier or two of the fusilier battalions together to form a BAR unit or use them as is at 20 figures each.

IR6 Grenadier Garde Regiment (20 figures)- Price: $160.00
This battalion is the descendant of the old Potsdam Giant Grenadiers of Frederick William, the father of Frederick the Great. Frederick effectively disbanded the regiment in 1740, releasing all of the giants and retaining a cadre of men fit for active military service. These are Foundry SYW Prussian grenadier figures. 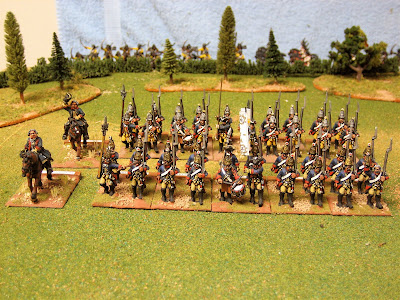 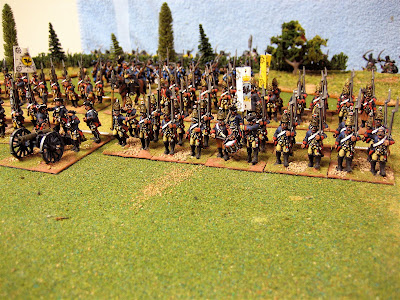 Wied Fusiliers are shown in the second rank in the picture above.

IR41 Wied Fusilier Regiment - 2 battalions (20 figures each) $160.00 each.
Here is an opportunity to have both battalions that make up a regiment of fusiliers. You could put them together into one larger 40 figure battalion for other rules systems.

Freibattalion 1 - Angelini (20 figures) $160.00
This is one of the famous "double blue" regiments of freikorps units that were raised during the Seven Years War. These have a more informal appearance, with some hats askew, an NCO pushing them forward with his spontoon, and one fellow even taking a swig from a bottle! 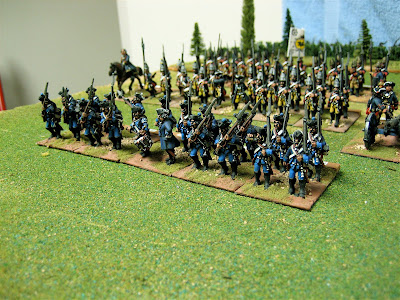 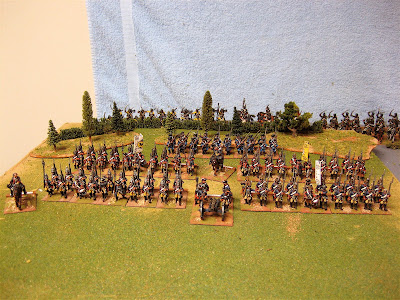 Serious inquiries may contact me at my yahoo e-mail box or leave a note in the comments section and I will get in touch with you: "altefritz1740@yahoo.com"