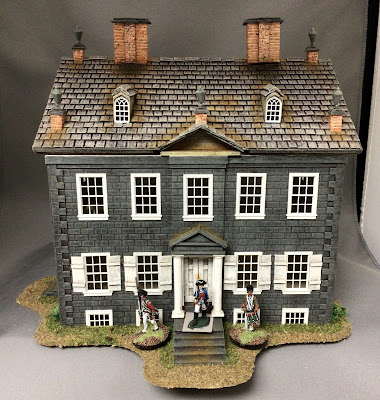 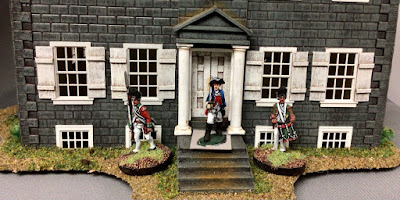 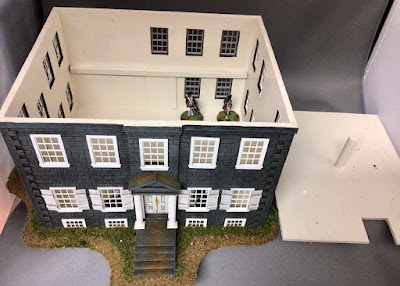 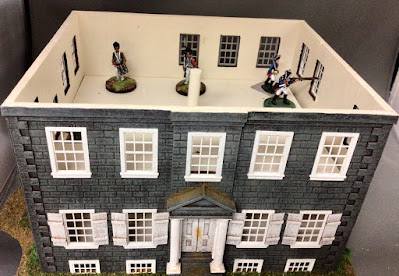 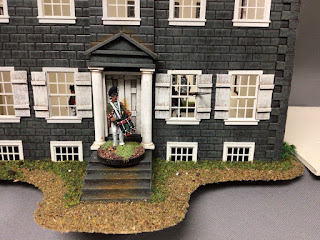 The Gremlins Are Gone - Party On Garth!

The tech issue with my shopping cart system has been resolved and business carries on as usual.

A couple of out of stock items:

CA-002 Armed Militia and CIV-004 Armed Civilians are both out of stock. These are actually the same set of figures.

I expect my restocking casting order to be shipped in December. If anyone wanted any of the above sets and they were out of stock, then send me an email (altefritz1740@yahoo.com) and I will ship them, when available, with the applicable 20% discount.

The Tech Gremlins Are At Work

The Fife and Drum Miniatures Black Friday sale is going very well with lots of interest coming in from all over the world. There is one technical glitch, going on right now, that affects orders made with credit cards rather than with PayPal. (Note: you can use your credit card with PayPal and it won't affect your order).

The Weebly website editing function isn't working, starting yesterday morning, and I still can not open the page editor. This is important because it is the gateway to my dashboard which allows me to view all of the incoming orders.

I get order notices and details from PayPal so I can receive and fill any PayPal order. For credit card orders, I am only getting a payment advice (which does not include the name of the buyer or what is being bought), thus I can not read these orders and get them shipped.

Weebly has been down since early Saturday November 27th and is still down as of this posting at 10AM CST in Chicago. This has happened before and usually gets corrected within a day or two at the most. I will post an update on my blog when the glitch is fixed.

2) I can accept orders via email and then send you a PayPal invoice for the amount due, less the 20% discount.

3) I will extend the 20% discount sale through Saturday December 5, 2020 which happens to be the anniversary of the Battle of Leuthen in 1757 - seems appropriate, doesn't it?

Starting today and running through November 30, 2020 Fife and Drum Miniatures will be offering all products, except regimental packs, at a discount savings of 20% off of the regular retail price.
When you check out with your cart, enter the coupon code Rossbach57 to receive the discount. You have to enter this code to get the 20% discount.
Click on the link to the Fife and Drum Miniatures web store:
Fife & Drum web store
We have ample stock on most items other than the Armed Civilians set (which i have reordered from Griffin Moulds last week). These are product codes CA-002 in the Continental Infantry section and CIV-004 in the Minden Civilian section. Both codes are the same product. If you want to order the Armed Civilians, then leave a note in the comments section at checkout and when they are back in stock, you can order them and still get the discount even if it is after the  November 30th deadline.
I’m starting the Black Friday Sale earlier this year because the US Postal Service recommends getting your packages mailed early to avoid a heavier than expected volume of mail post-Thanksgiving.
Posted by Der Alte Fritz at 3:07 PM No comments:

Graham Cummings, the major domo of Crann Tara Miniatures, sent me some samples of the new ranger figures from his French and Indian War figure range. These are 1/56 scale figures which approximates thin 30mm figures. Richard Ansell sculpts both the Crann Tara and the Fife and Drum Miniatures/Minden figures.

It took me but seconds after examination to decide that I wanted to paint these figures IMMEDIATELY! And I’m glad that I did because these ranger figures are both easy to paint and fun to paint. I could hardly put my brush down once I started.

There are ten different figure poses so you get a lot of variety right out of the gate. There are two “officer” types, one is standing and carrying his musket while pointing at some target or foe; the second officer is kneeling on one knee and has one hand in the air as if he were on point and telling the other men to stop advancing.

Next there are two firing poses, one standing and one kneeling and two standing loading poses. There is one fellow reaching into his haversack and another pulling the hammer back on his musket. Finally there are two Rangers on the move: one advancing and one who is about to break into a run.

The figures are easy to paint because the whole uniform is dark green, so just slap on the paint to cover the figure and then clean it up with the details. I used P3 paint Gnarls Green for the shade color and Reaper Leaf Green for the highlight. I usually use only two color tones on my figures rather than the popular triad color method. I feel that the third color doesn’t significantly add much to the overall look of the uniform and just adds more time to your painting of the figure.

After the green colors are layered down I paint all of the equipment ( muskets, hatchets, belts and haversack) black. Then I will go back and paint the weapons brown, leave the belts black, and put down the base coat for the pouch/haversack.

For the skin, I lay down a base color of red brown because this tones down the transition of the skin tones better than if I started with black. I use Reaper Rose Shadow as the base skin color and Rosy Skin as the highlight. The Rosy Highlight color in this Reaper triad is too bright for my taste. After all, these Rangers are spending a lot of time in the back country and shouldn’t look too clean. I leave the red brown color in the eye sockets and between the fingers. I used to paint eyes on all of my figures, but now  I just place a sliver of black in the eye socket to suggest the eyes. Oh, the hair is Reaper Ruddy Leather on top of black. Sometimes I will do some hair highlights with Reaper Oiled Leather (part of the triad Ruddy Leather-Oiled Leather- Burnt Orange).

The gun stock is Reaper Ruddy Leather and the barrel is Reaper Aged Pewter. I don’t highlight the gunstock anymore because you aren’t going to be able to see the wood grain unless you are nose to nose with your opponent.

The bonnet is painted dark blue Reaper Breonne Blue and highlighted with Ral Partha True Blue. Shoes remain black because you aren’t going to see them after you flock the base with grass.

I hadn’t intended to do a painting tutorial when I started to write this blog post. However, I think that it illustrates how few colors you need to paint the figures. In the end, these are great looking figures sculpted by Richard Ansell, they are very easy to paint, and I think that you will have fun painting them. 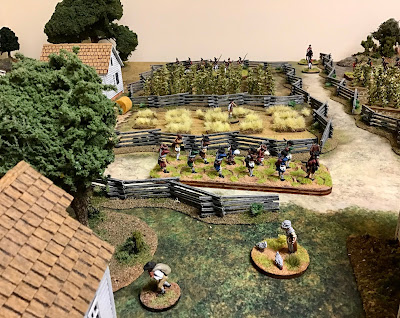