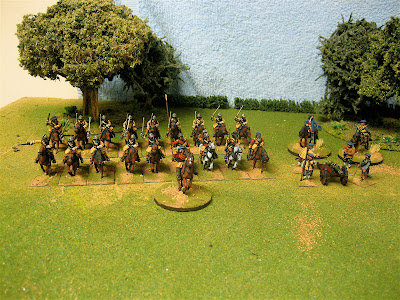 Perry ECW Ironsides with officer in the front. Montrose himself and another Jacobite commander supervise the artillery crew. 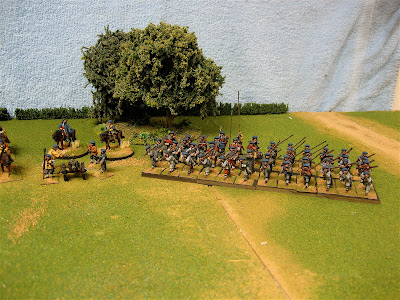 SOLD! -- I have more unpainted Perry Scots horse, Moss Troopers and a regiment of Scots musketeers that I could custom paint for any interested party.

I am placing a small contingent of ECW Perry figures on the sale block. There is one 18-figure cuirassier regiment (single stands 1" by 2") and a 48- figure regiment of Montrose's Highlanders, plus a small artillery piece and crew and three mounted officers, including a Montrose personality figure. All figures are Perry ECW figures and are painted to a high standard.

The infantry figures are single mounted on 3/4" square metal bases so they are suitable for Warhammer ECW or 1644 or almost any other rules system. Many of the Highlanders have plaid blankets or cloaks or trews while the balance are wearing the Hodden Grey uniform. There are 12 pikemen and the rest are armed with muskets. I have some Body's Banners that I will include and these will finish off the look of the regiment very nicely.

I also have many boxes of unpainted Perry ECW Scots available for sale if anyone is interested. Let me know and I will provide an inventory of what I have and some deep discount prices on the unpainted lead. I recall that I have enough lead to paint another infantry regiment and several light cavalry and Moss Troopers for the Scots, 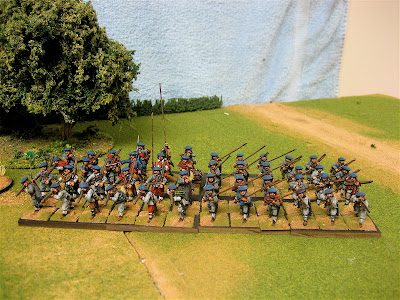 Close up view of the Montrose infantry. Click picture to enlarge the view. 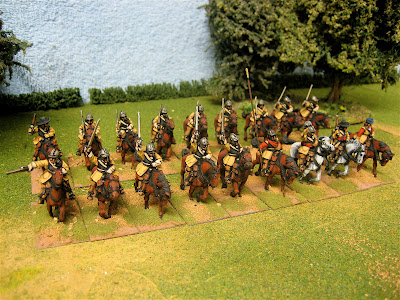 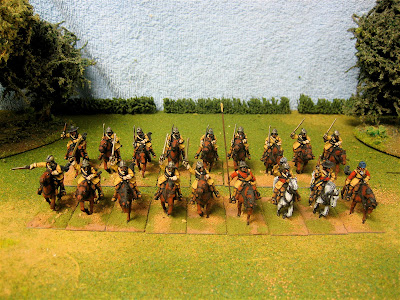 Another view of the cuirassiers.

The price for the whole lot is $700.00 plus shipping and insurance cost. If you have an interest in these fine figures, then contact me at: altefritz1740@yahoo.com for more information.

I was going to sell my RSM SYW French army too, but after laying the whole thing out on a table to photograph, I realized that this is a one of a kind army that could never be replicated. I will post some eye candy pictures over the next several days (403 infantry and artillery and command figures plus 144 cavalry). Former RSM major domo, Dennis Smail, painted this entire army for me. Alas, Dennis has retired from painting so I would not be able to commission him to recreate this army. So it truly is a "one of a kind" and a true "keeper". That said, I would still entertain offers for the whole thing lock, stock and barrel.

Here are a few tasters of what I will be posting later this week: 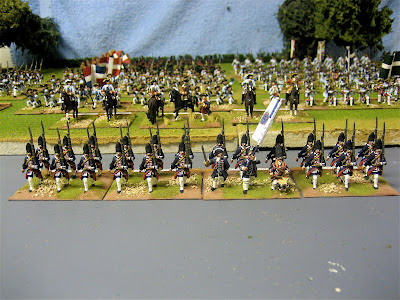 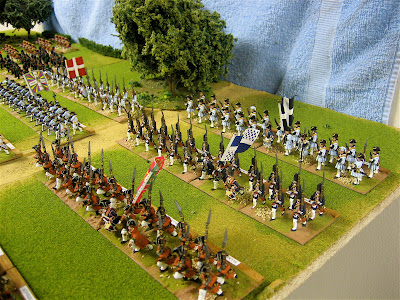 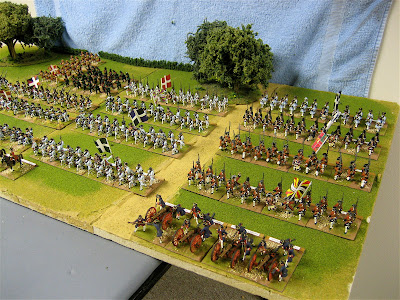 Here is an aeriel view from the Montgolfier Brothers' hot air balloon showing just part of the 16 infantry battalions and 8 artillery pieces. The cavalry will be photographed later in the week.