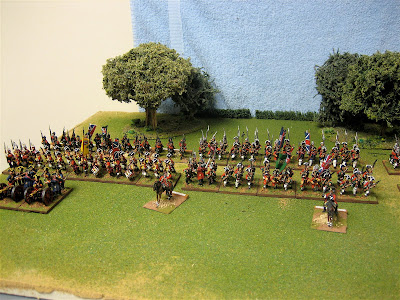 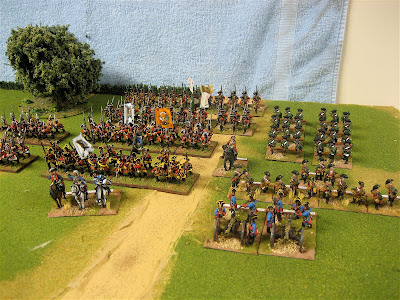 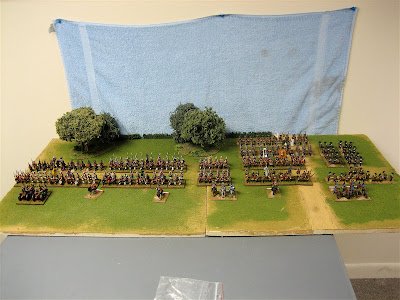 Continuing on with Der Alte Fritz's Famous Summer Sale, I am posting my version of His Britannic Majesty's Army in Western Germany under the command of Prince Ferdinand of Brunswick. This colorful army includes one British brigade of 3 line regiments of 30 figures (including a 6-figure grenadier stand per regiment), one 24-figure 87th Kieth's Highlanders, and one 24-figure converged grenadier battalion. The British brigade also includes a pair of 6-pound artillery pieces and two mounted commanders: Colonel Beckwith and Lt. General Waldegrave. The figures are roughly priced at $6.00 each for a total brigade price of $900.00.

The Hanoverian brigade consists of four battalions (each 24-figures) of infantry, one battalion (24 figures) of Hanoverian freikorps, 15 Hessian jagers, two 6-pound artillery pieces and crew, and Major General von Sporken. There is also a command stand for Prince Ferdinand that consists of three mounted figures on one stand. The figures are priced at around $6.00 each or $900.00 for the whole brigade.

I could probably be talked into selling the regiments individually or in pairs, at a price of $150 per regiment, but it would be a shame to break up this beautiful army into ten or twenty pieces.

If anyone is interested in purchasing the entire army in one fell swoop, then I can provide a discount of $300 and offer the entire army at $1,500.00. Postage and insurance are extra. 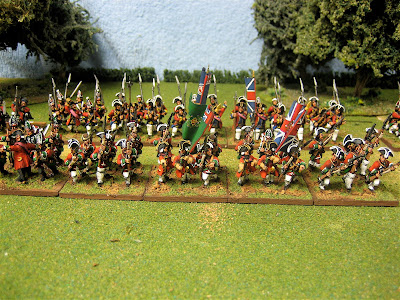 51st (Brudenell's) Regiment of Foot. 30 figures from Sash & Sabre, hand painted flags. Includes one six figure stand of grenadiers that could be converged with the other grenadier stands. This was one of the Minden regiments. 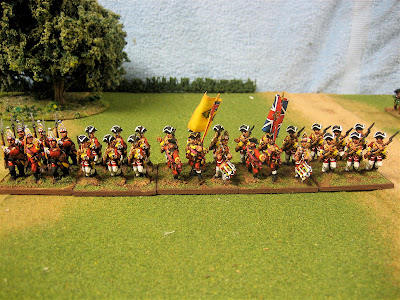 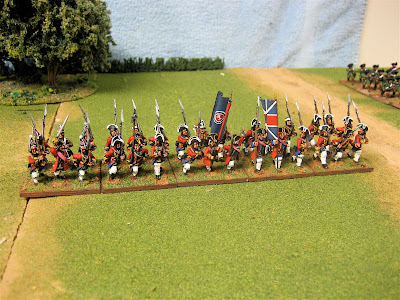 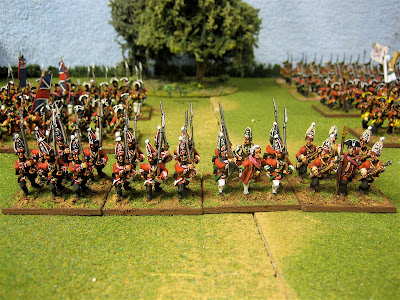 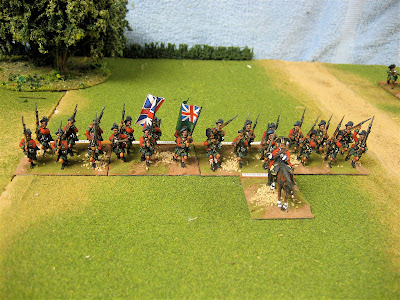 87th (Keith's) Highlanders and Lt. General Waldegrave. These are all Old Glory figures painted by Der Alte Fritz himself. There are 24 figures in the regiment (no grenadiers). 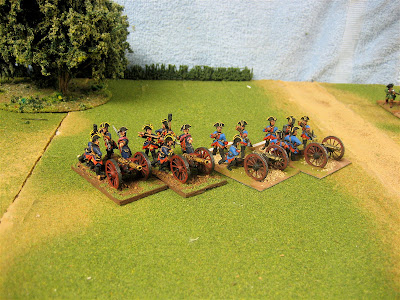 British artillery pieces and crew on the left and two Hanoverian 6-pounders on the right.

I will post pictures of the Hanoverian brigade within the next couple of days, but you can get an idea of what it looks like in the brigade and army pictures shown near the top of the page.

If you have an interest in purchasing either brigade, then contact me at my e-mail address of:

This is one of my favorite armies in the 18th century and it has been nicely recreated in miniature with well painted figures, colorful flags and textured basing to enhance the overall look. The detail work on the grenadiers is very good and the hand painted flags, particularly the Hanoverian flags, are amazing. The majority of the figures were painted by Leonard Albright of Lexington, KY, who also painted the flags. I painted the Highlanders, the two Front Rank Hanoverian regiments, the Front Rank Hanoverian freikorps and the Hanoverian artillery. Dennis Smail painted the Hessian Jagers.
Posted by Der Alte Fritz at 4:10 PM