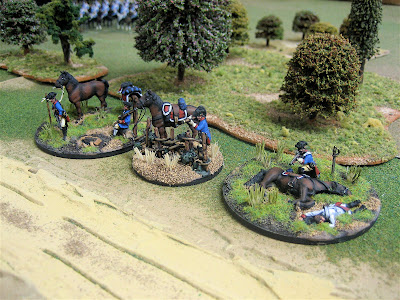 Dragoon officer (center) dismounted peering through his spyglass while on recon. Previous dragoon vignettes are shown with the new model, in situ.


I was able to paint the dragoon vignette this evening, having had the foresight to prime all of the figures last night. I opted for the smaller round base that I use for my command figures, mainly because Mrs. Fritz liked the smaller base better than the larger base. I also decided not to include any other foot figures on the stand. I kind of like the tighter look to the officer vignette and in theory I could use this as a command stand. 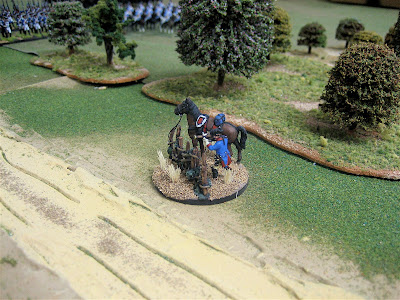 Tomorrow night I can apply the brown ink to the base and after the ink dries, apply the static grass. So it is a couple of steps away from being finished.
Posted by Der Alte Fritz at 12:42 AM