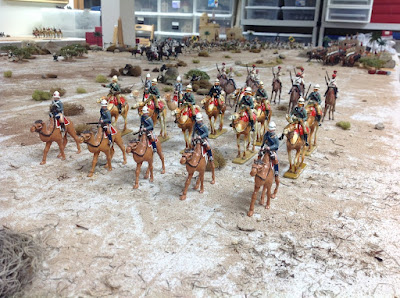 The idea is that my mounted Camel Corps will move across the wargame table. Stop and dismount. Then form square to fight the Dervish attack. Below are some pictures of the AIP Camel Corps that I painted back in 2020. 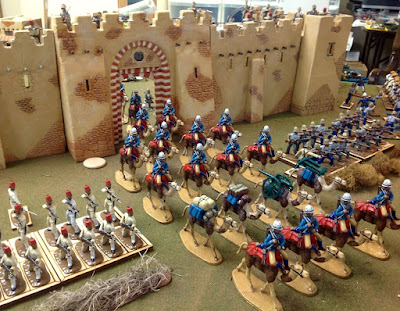 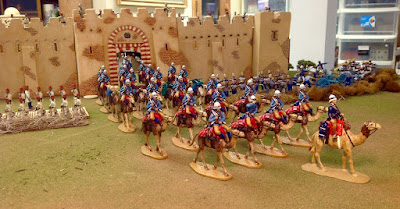 CC troops did not fight on their camels like horse cavalry, but rather, the camel served as a vehicle to quickly move from Point A to Point B. There the CC soldiers would dismount and fight on foot. By the way, the CC soldiers did force their camels to the ground to be used as protection from Dervish bullets. The camels were collected and held in the center of the battle square.

I am looking forward to painting more camels this week and adding them to my forces. I primed the figures last night so that I will have them ready to paint today.

I have added a new page to my blog, titled "52 Weeks to Historicon '23". Click on the page tab at the top of this blog so that you can see a weekly summary of the progress that I am making on my Sudan Project and Khartoum game for Historicon next year.