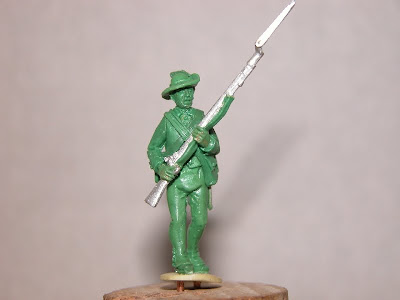 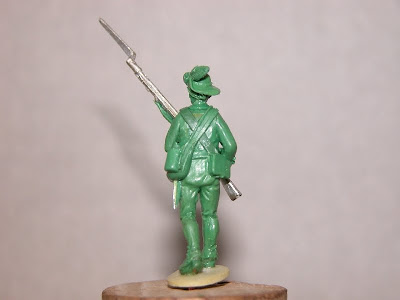 Rear view of the same figure above.


Here are two more picture sets of the British Light Company soldiers that were sculpted by Richard Ansell. The advancing figure shown above would look particularly good "en masse" in the event that you want to build one of the converged light company battalions in a sort of conventional battle mode, rather than with all manner of figures in skirmish poses. Once I have the figures on hand, I will probably paint two battalions: one in skirmish mode and the other with all advancing figures plus officers, NCOs and musicians. 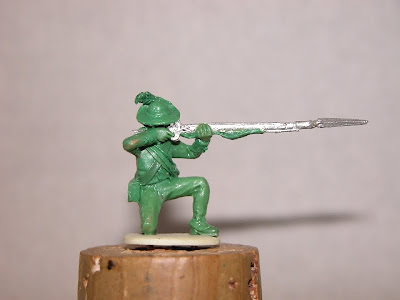 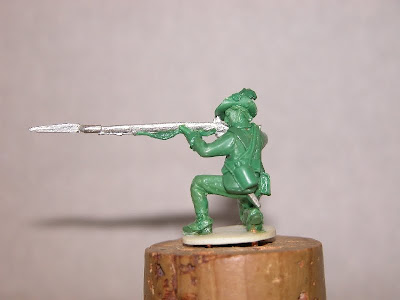 Same figure as above, but showing the view from the rear.


Next we have the light company man kneeling and firing. I like the way that Ansell sculpts figures in firing poses - they look so natural and elegant. I can just picture a hand full of these figures, three per stand, in various skirmish poses, behind cover (rocks, trees, tall grass, etc.). One could really get creative with these animated poses (see my pictures of the Minden SYW Croats to see what I'm talking about).

Tomorrow night I will post the final two British light infantry figures consisting of an officer figure and another advancing poses.
Posted by Der Alte Fritz at 10:44 PM