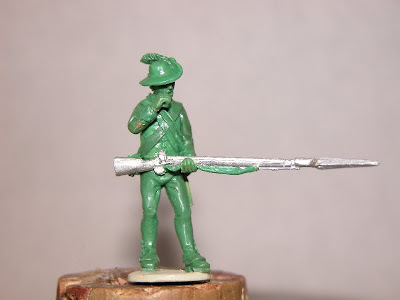 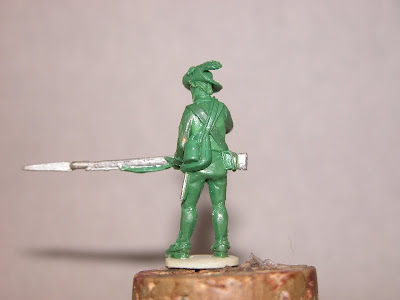 
I was going to wait a few more days before posting more pictures of Richard Ansell's greens for the British Light Company figures in skirmishing poses, but I know that a lot of my readers are chomping at the bit, as it were, to see more pictures. So I will tease you with a couple of pictures every other day until I run through the 8 poses that we have for the light company men. 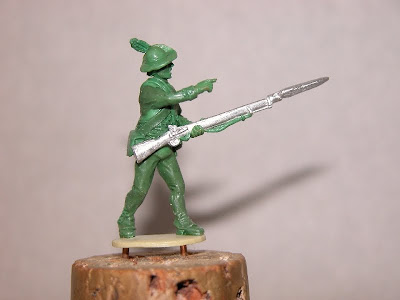 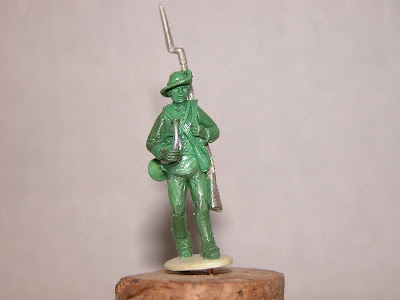 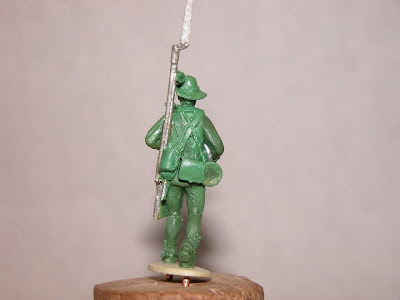 Richard kindly provided me with a picture that compares three different figures in the 28mm-30mm range so that you can see how the new AWI sculpts stand up to other ranges of figures. 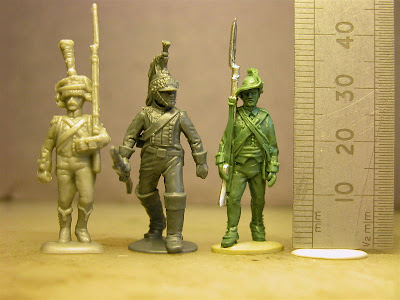 Size does make a difference, or does it? Comparative figures depict a HaT Napoleonic figure, a Perry plastic dragoon (centre) and one of Richard Ansell's sculpts for our AWI range of figures. All three figures are of a comparable height, but it is the thickness or heft of the figure that makes each one distinctive from the other.

The left hand figure is one of the Hat plastics and the middle one is a Perry plastic for comparison. The castings from the green will be about 1mm shorter, losing about .5mm in the master mould and .5mm again in the production mould.