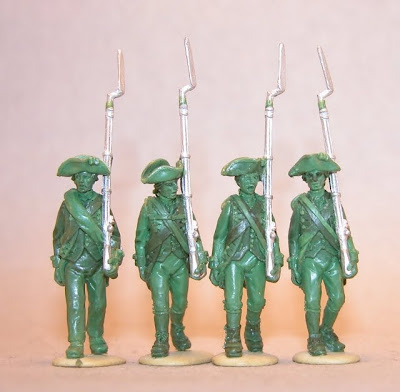 Front view of the four variants of Continental soldiers in marching poses. 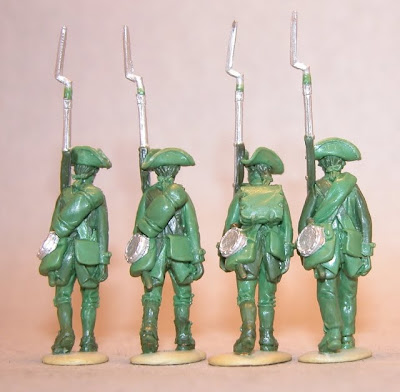 Rear view of the Continentals, showing the variety of equipment (2 x tumplines on the left, 1x knapsack in the centre, and blanket roll on the right)


I have received some pictures of the new AWI Continental greens that Richard Ansell recently sculpted for my Fife & Drum Miniatures range of figures. There will be 12 new figures in all, but I thought that I would tantalize everyone with some pictures of the rank and file soldiers in the marching pose.

The other poses in this latest batch of greens include: marching officer/drummer/NCO/standard bearer; and standing firing and standing loading; and one at the ready position and a similar figure cocking his musket - barrel pointed down. All of the figures wear tricorn hats. The set will also include a standing horse and an officer and his ADC.

I will show more pictures over the next several days both here and on the Fife & Drum blog.