Well, it’s Saturday night and I’m driving back to Chicago from Lancaster, Pennsylvania.  My wife has been in the ER since yesterday and it is a two day drive to return home. So I left Lancaster on the spur of the moment at 3PM after running my game that afternoon and hurriedly packing everything up to bolt out of town. I pulled into Elyria, Ohio for the evening at 9PM. I made the six hour drive without getting tired and Road punchy. The key was to stop once per hour and rest for 15 minutes or so.

My spouse has recently had some balance and vestibular issues and she had a nasty fall in our house. Fortunately one of the neighbors was able to drive her to the ER. I will see her tomorrow as I’m planning on hitting the road early and I should arrive home by early afternoon .

We had a power outage this morning, somewhat ironic because we are scheduled to have a power generator installed this week. I guess that The Gods decided to give us one last experience of a power outage.

Some pictures of my Historicon games. 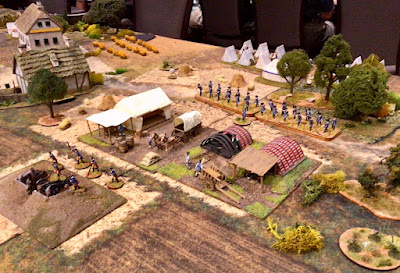 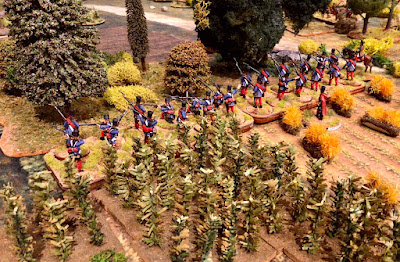 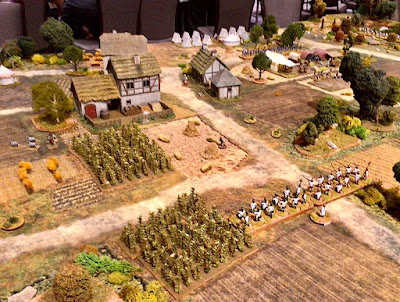 My actual time at Historicon was a disaster in terms of the two games that I ran, one on Friday evening (which was cancelled by the staff without informing me), and the other on Saturday noon (only three players showed up for a ten player game). Both games had one room designated for my game in the program, but were assigned an entirely different room by the  computer system. Makes it hard to get any players for my games when show runner snafus are hitting me from every direction.

However, we made the best of it and we were able to cajol six passers by to play in the Friday game and I think the players had fun. I’m extremely grateful to these people for playing in the game.

Saturday’s game at 11AM only had three people signed up - this is in Prime Time for the convention when attendance is at its highest. I didn’t want to shut the game down so I became the fourth player and I scaled back the number of units in the game. Again, everyone seemed to have a good time and they all requested a copy of the rules which made me feel good.

Particular mention goes to Roger who played in both games. Thank you Roger. You are much appreciated by me. Also, my nephew Alex was a big help as he played in the Friday game and helped me take down the game and pack everything into my car so that I could bug out ASAP.

The good moments of the convention were really good and the bad moments were heartbreaking. I don’t know if I will ever want to return to Historicon. If this sounds like sour grapes, then yes, the grapes in my mouth are very, very sour. This all pales against my wife’s health. We have to get her back to her baseline of normal good health.