I will be playing the Battle of McDowell, or McDowell's Camp, over the weekend here at Schloss Seewald.


The battle terrain map is shown below, taken from the Sport of Kings battlefield generation system. I rolled two D10 percentage dice and rolled a "52", so that means that map "52" will be the random terrain that we will fight over. Initially, I had turned the map on its horizontal axis, but I then decided to rotate it so that the game would be played on the longer vertical axis of my game table. 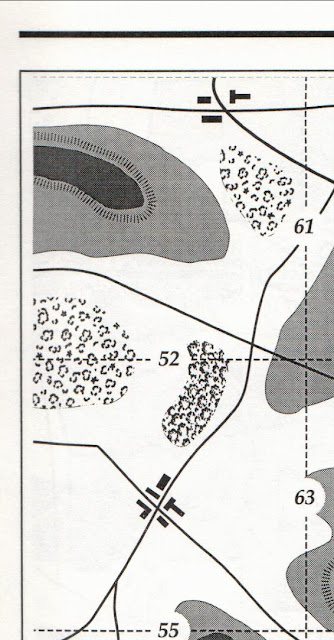 Tarleton's little army will arrive on the lower, southern, table edge with his British army of 3SPs. His force will consist of


Colonel John Sevier's American army begins the battle with 4SPs, mostly militia along with one South Carolina State Regiment. We rolled on the Local Militia Reinforcements table to see if any of the locals would join the fight, and Sevier got lucky with the addition of two more militia units. So Sevier's force will consist of the following units:

Clearly the troop quality is with Tarleton's army, but will he have enough to overpower the large collection of militia that have gathered at McDowell's Camp?