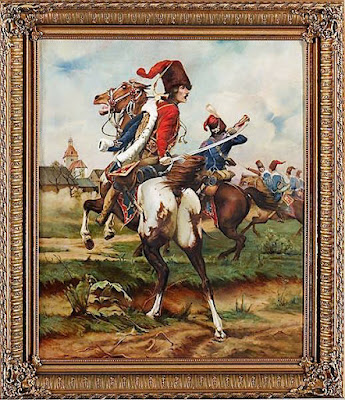 As you can see from the pictures, there are a number of inspirations for the Minden Ziethen personality figure, which comes with its own special rearing horse that is unique to this model.

The figure is a joy to paint and makes an attractive addition to your Minden Prussian cavalry contingent. The stock code number is "PER-011" and the figure is priced at $8.00 for the rider and horse, plus applicable shipping

NEXT UP: the Minden von Seydlitz personality figure.