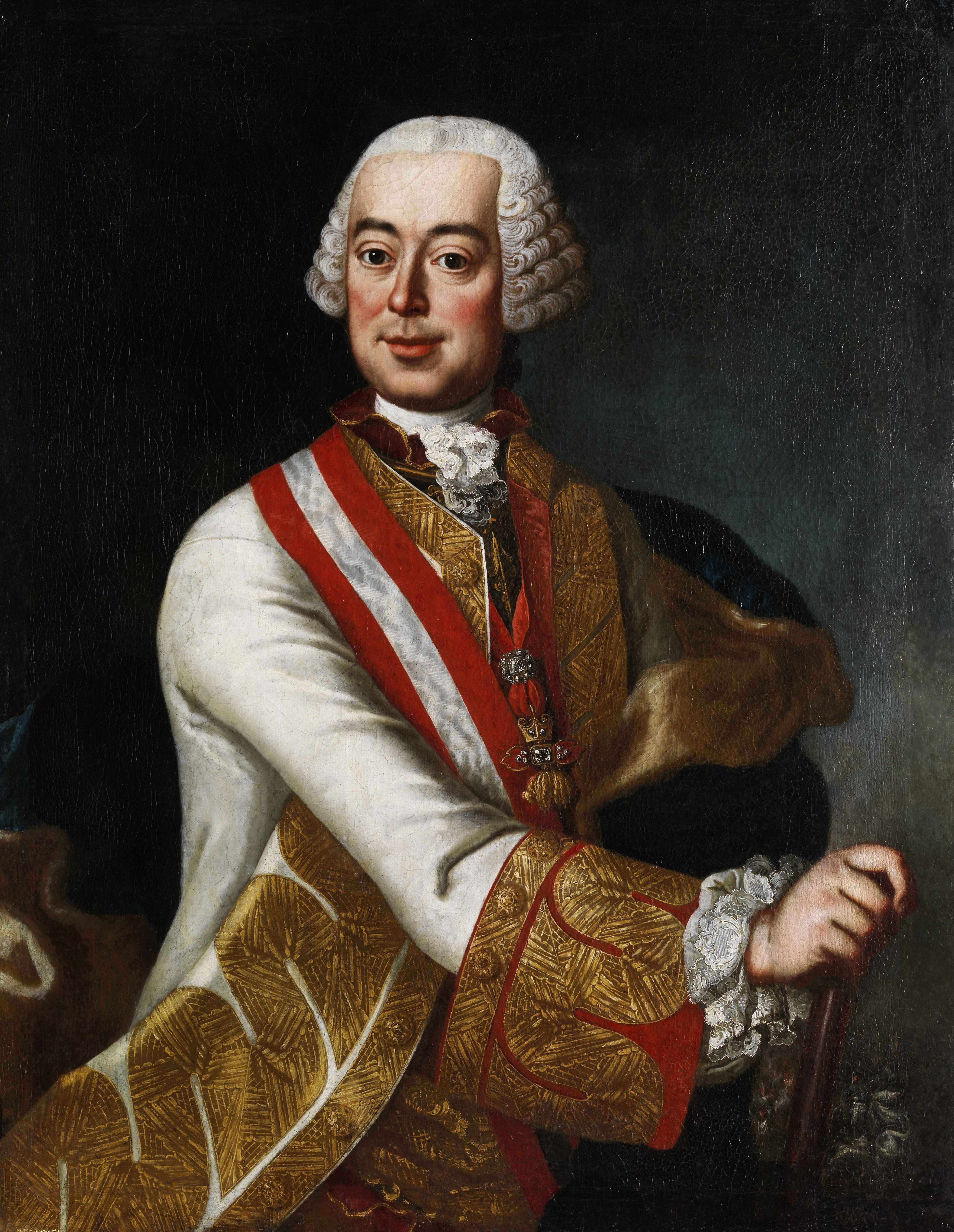 
As the grounds of Schloss Seewald get covered in a fresh coating of Winter white, I feel compelled to retreat to the comfort of my basement and contemplate wargaming armies to come. I've been rather focused on my Prussian army over the past year, building it up to a respectable force of 16 battalions of infantry, 20 squadrons of cavalry and 10 cannon of various sizes. I suppose that I could paint more Prussians, but we are running out of table space and so any new Prussian foot or horse would only be used in one of my big games on a 30 foot table.

The snowy white blanket outside reminds me of the white-coated Austrians, who were the implacable foe of Frederick the Great. Fighting to recover the territory of Silesia for their monarch, Maria Theresa of Austria, the Austrian army led by the very capable Marshal Leopold von Daun proved to be a very strong match for the Prussian army. Marshall Daun broke a long string of Prussian victories with his victory at Kolin, on June 18, 1757. To commemorate this great victory, Maria Theresa immediately instituted a military order bearing her name, and Daun was awarded the first Grand Order of Maria Theresa in recognition of his great victory. Daun later played an important role in the successful capture of Breslau in December 1757 and he cautioned the Prince Charles of Lorraine about the hazzards of marching out from Breslau to offer battle to Frederick at Leuthen. Prince Charles resigned his command of the Austrian army after its disasterous defeat at Leuthen on December 5, 1757 and turned the command over to Marshal Daun.

Austrian fortunes were on the upswing with Daun in command as he posted significant victories over Frederick at Hochirch and Maxen in 1758. The next year proved equally as promising as Loudon led an Austro-Russian army to victory at Kunersdorf, but these gains were offset by Frederick's victories at Leignitz and Torgau in 1760. From there, the war evolved into a stalemate and eventual peace in 1763.

Well, there will be no peace unless I get busy and get to work on my Austrian army. My goal is to have enough Austrians to host a big Austrian-Prussian game at Historicon in July 2008. My Austrian forces currently consist of 8 battalions of infantry with another one, the Gaisruck regiment, organizing in its depot. I'm using a mix of Front Rank, Warrior, RSM and Crusader Austrian figures in my army. I've heard rumors that Austrians will also be produced by Frank Hammond for his "Minden Miniatures" range of figures sculpted by Richard Ansell. I will definitely want to add some Minden Austrians to my growing army.

The cavalry contingent is woefully understrength at this stage of the game. I only have 2 squadrons each (12 per squadron) of cuirassiers, horse grenadiers and dragoons. The cavalry consists entirely of Crusader Miniatures and these are very nice figures with the right amount of heft and "umph" to match up with my Suren and Elite Prussian cavalry. I don't intend to paint any Austrian hussars at this time because the Austrian light cavalry regiments were not generally deployed at battle field cavalry by the Austrians. They were strictly used for skirmishing, scouting, raiding and other elements of kleine krieg warfare.

The artillery branc will be manning some of the Berlin Zinnfiguren Austrian artillery pieces that I recently purchased from Berlin. I'm currently using Elite Miniatures Napoleonic Austrian cannon models until I can get the BZ models painted and on the table. The gun crew consist of Front Rank and Crusader Miniatures. Both lines are compatible with one another. Crusader only makes 4 artillery crew poses, but I augment these with the Front Rank artillery fusilier figure if I need a 5 man or 6 man gun crew.

By July 2008, I will want to have the Austrian infantry contingent built up to at least 12 battalions. The cavalry will eventually have nearly 300 horses (currently at 72 figures), of which half will be cuirassiers and the rest will be horse grenadiers and heavy dragoons. As you can see, I have a lot of work ahead of me.

I am currently taking a little break from Prussians and Austrians by painting two little armies of Eureka SYW teddy bears for my 9-year old daughter. She has expressed an interest in wargaming with me from time to time. So the Eureka teddy bears should be just the right ticket for this. One army will be dressed in pink coats (her favorite color), green facings and white waistcoat. The other army will be decked out in either purple (another favorite color of my daughter's) with yellow or buff facings; or powder blue coats with pink facings. One army will be tawny colored bears, like Pooh Bear, while the other army will be white Polar Bears. I've painted a couple sample figures and this should be a fun project to work on. Then it is back to the Austrians.

By the way, the fine portrait shown at the top of this page is one of Marshal von Daun. He's a rather handsome gentleman and I really like the bright, vivid colors that the artist used. The picture is courtesy of wikipedia, although I suspect that the original hangs in the Austrian military museum in Vienna.