This weekend on the Virtual Wargames Club I was presenting photos of a Leuthen solo game that I played in 2016. Someone suggested that it might make an interesting game to focus on the attack of the Prussian Advance Guard on the Austrian left flank at Sagschutz. Agreeing that this sounds like a good scenario, I cleared off my game table and set up my winter terrain for the game. 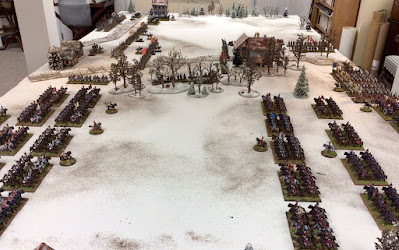 In the back of my mind, I recalled that Charles Grant created just this scenario as part of a larger Leuthen game. I pulled my copy of Grant’s book, “Wargaming In History, Volume 4” from my bookshelf and thumbed my way through the book until I found the outline for a Sagschutz scenario.

The Austrian forces are as follows:

6 battalions of infantry (4btns start on the table, 2 btns arrive on subsequent turns)

The Prussian forces are as follows:

For the Prussians, I gave Wedel’s advance guard 3 btns and another three battalions comprised the next brigade of Prussians, deployed en echelon to the left of Wedel’s command. A third brigade of 3 battalions start the game on table, but they will probably not be used in the game. In other words, I really am focusing on the Advance Guard attack.

I reduced the number of Prussian guns to 2 light battalion guns and 2 giant 12-pound Brummers, for a total of 4 guns.

The cavalry action is largely separated from the infantry attack on Sagschutz by a screen of woods that divides the table. Thus there will be four players per side, each having one infantry and one cavalry player per side.

Here are some pictures of the table set up: 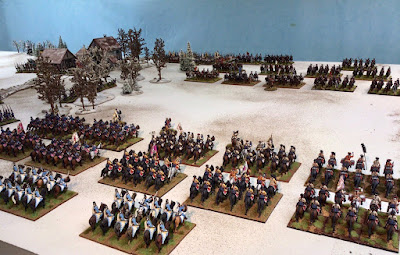 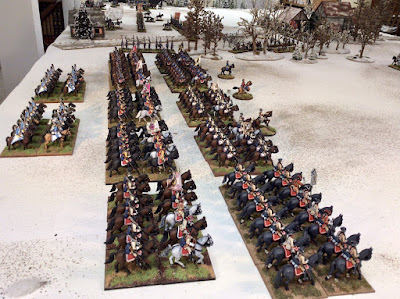 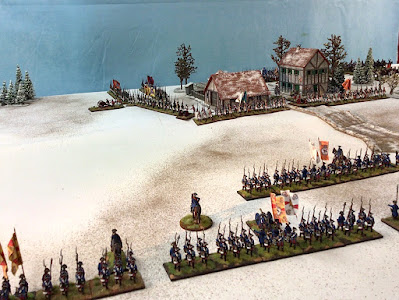 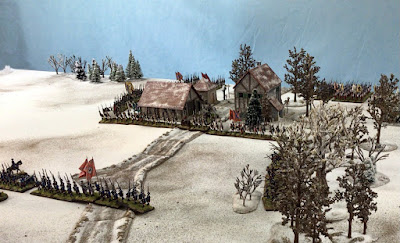 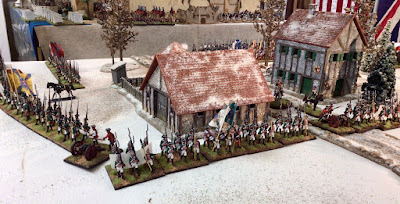 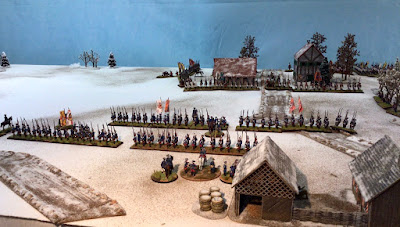