I am writing this blog post at 12:08AM on the morning of December 26th. On the same day and time in 1776 the Continental Army commanded by George Washington was crossing the Delaware River and marching on the town of Trenton, New Jersey. The Americans hoped to surprise the Hessian garrison in Trenton by crossing the river and launching an early morning attack.

In December 2016 I played a Wargame of Trenton as a solo game. In fact I played it twice and the Americans won both times. Here are several pictures of the game. 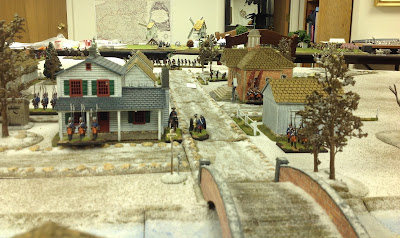 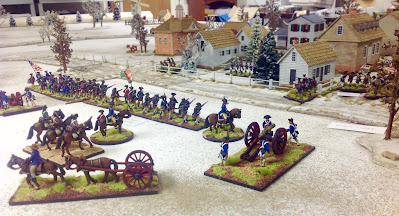 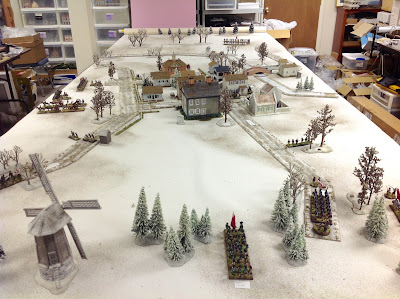 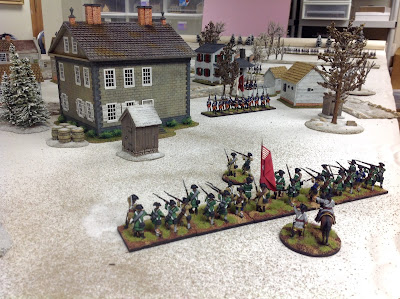