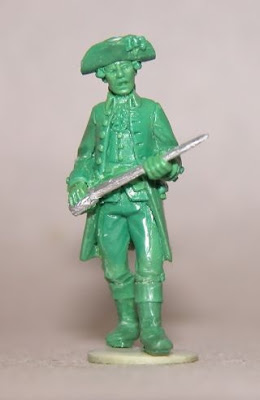 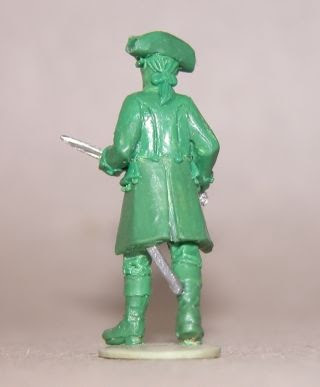 
I received photos of the first eight American Militia poses from Richard Ansell today and I have to say that once again, his work continues to amaze me. I love the facial expression on the officer in the picture above and his pose is very handy to use in a number of vignettes that have popped into my mind. Today's posting will feature four of the greens and then I will post the next four on friday evening, so that no one gets the vapors from all of the excitement. I know that they have that effect on me.

We also decided on a name for our venture: Fife & Drum Miniatures. The name evokes the American Revolution (think about the famous "Spirit of '76" painting) as well as "horse and musket" historical periods in general. I would imagine that one day, after we get the AWI range completed, we might be interested in adding other historical eras to the range.

The fellow in the next picture below is shown in a floppy brimmed hat, but at the last minute, I asked Richard to change his headgear to a tricorne hat so that we would have four greens in tricornes and four in floppy hats. After looking at these militia figures, I have to say that I am tempted to add some Butler's Rangers and Iroquois warriors so that our figures could be used for skirmish games on the New York frontier. 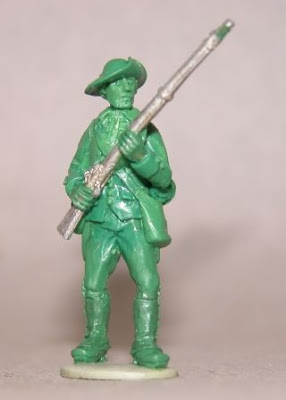 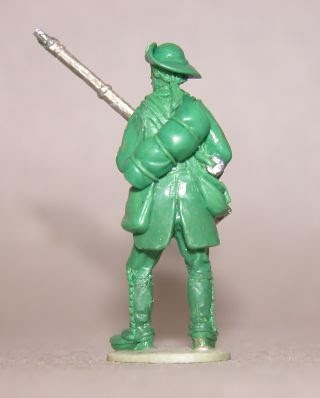 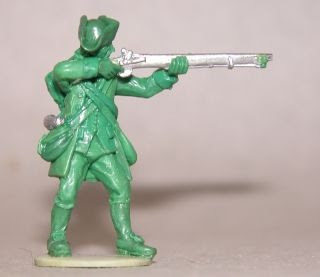 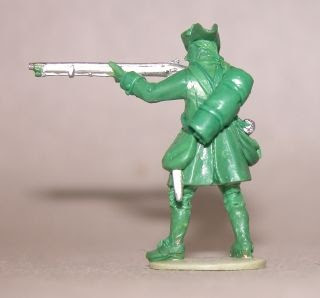 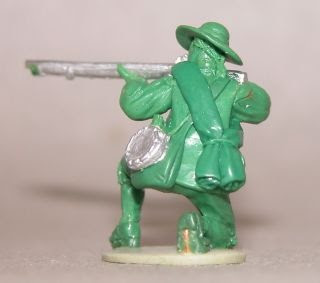 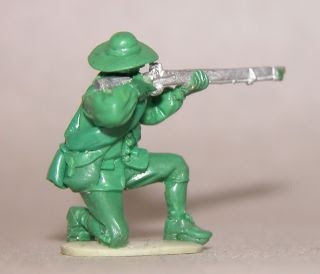 
The final two sets of pictures depict a militia man standing firing and kneeling firing. I think that Richard does an excellent job of providing such a natural looking pose for both of the firing figures. In fact, his firing figure poses are often my favorites in his other ranges.

Tomorrow's posting of pictures will include militia advancing (tricorne), militia advancing (hat, but a different pose than the tricorne version), another standing firing (but in hat) and a fellow cocking the musket (wearing hat). I also have two more British light infantry men to show you.