Picture of the Week -Dhows on the Nile 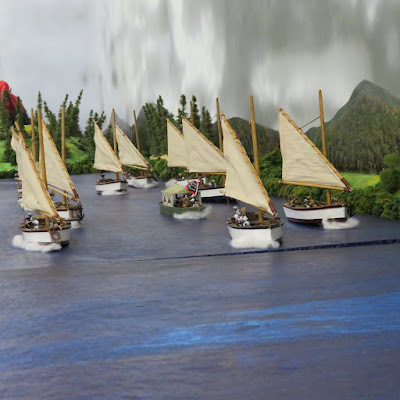 This week’s picture ( I’m changing this concept’s name from Picture of the Day to that of the Week since that is the frequency with which I will post favorite pictures going forward) comes from a game in February 2019 that was played at General Pettygree’s Barracks. It was a 28mm Sudan colonial era game. The Dervish were attacking a British-Egyptian fortified town (sound familiar?) and out of nowhere appeared a fleet of dhows that were packed full of Dervish warriors. This picture reminds me of a scene from the movie “Khartoum “ and is a photo that I’ve always liked. It is well composed with a nice background free of clutter.

The boats were made by Chuck the Lucky and they really look the part.

Labels: Picture of the Day