My Next New Project - Oh The Insanity! 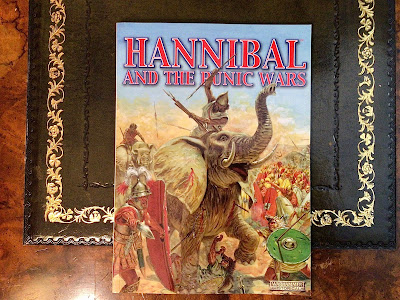 I am still trying to get over the post convention "blahs", which inevitably happens when one has been spending the past twelve months working on a project (in this case, my Saratoga Project for the annual Seven Years War Association Convention, held this past August).

I have not had the motivation to pick up the brushes for awhile, post convention, although I have powered my way through the painting of 18 Minden Prussian Guard Grenadiers (GG). The GGs will eventually expand to 40 figures. This latest push will see a total of 24 Guards completed. That is a little bit of progress on the painting front. I can feel that the ice is slowly melting.

One sure fire solution for the blahs is to embark on a new project. That's right, do the same thing that caused you to contract the blahs in the first place! LOL. 😄  That said, I find that a new project is usually the tonic for what ails me.

There is a certain excitement to choosing a new historical army or armies to paint. It starts with browsing through some of your military history books and getting interested and excited about the chosen historical era. Next comes the choosing the size, scale and scope of the project. Once you have established some parameters of the project, the really fun part begins:  pouring through online catalogs of figures that will populate your new armies. Then comes the actual purchase of the figures: should I purchase everything that I need in one go? Or should I purchase one of the armies at a time or buy a few units of each side?

The Next Great Project Is Unveiled

So here it is, Hannibal and the Second Punic War. "What's this Fritz?" I hear everyone thinking. "Why aren't you doing some kind of project that involves tricorn hats?" I have always had an interest in Hannibal and there were a number of times that I almost took the plunge into the period with 28mm figures. Lately I have been reading Dan Jones' excellent book called "Crusaders The Epic History of the Wars for the Holy Lands." I will read anything that is written by Dan Jones (The Plantagents; The War of the Roses, etc.).  I suppose that my current read got me into a sword, spear and shield frame of mind and so it was an easy leap to the Punic Wars.

Unit sizes: either 16 or 32 figure infantry units  and 12 to 16 cavalry units. And of course, elephants!

Scope (army sizes): 8 units of infantry which equates to two players commanding 4 units. 2 to 4 units of cavalry commanded by a third player. This results in a six player game with three players per side.

The HaT figures come 16 to a box of infantry and 4 figures in a cavalry box, selling for about $15.00 per box.  This means that I will need to buy two boxes of foot figures to make one unit of infantry and four boxes of cavalry to make one cavalry unit. The elephants come one per box and I have already purchased the two "Nellies" that I plan to have in my Carthaginian army.

This is very economical and allows me to do the whole project at a reasonable cost. I suspect that the purchase of wood bases from Litko will likely cost more than the actual cost of the figures.

I have a pair, each, of Roman Hastati and Carthaginian Veterans primed and ready to paint. I like to paint several samples from each army before I get into the general painting of the armies. I should have the samples painted over this weekend and will post pictures on this blog of the results. Sometimes you find that after painting some samples that the figures or the painting of the figures just doesn't appeal to you. For this eventuality I only bought two boxes of Romans and six boxes of Carthaginians, plus two elephants.

I think that I will enjoy building up these armies with the 1/32 scale or 54mm toy solder size. It is similar to the 1/32 Dervish army that I painted in early 2020. I like the look of the large figures and they are very easy to paint. I can use my existing terrain of trees and maybe the Sudan fort that I scratch built. Most of my battles will be in Italy or Spain so the terrain will be green rather than a sandy desert. I suppose that I will have do Zama somewhere down the road.

I will have to keep the size of the armies small since the figures take up a bit more table space. I could also divide the 32-figure infantry units into 16-figures and keep the cavalry at 12 figures. There will be two elephants regardless of the number of units in the game. I mean, come on, who doesn't like elephants?