Let's Get Frederick the Great Really Ticked Off!


Pledges are $6,214 USD as of today so that means that the Austrian artillery is funded as is the 12-pounder Prussian Brummer. (Fritz likes Brummers).

Fritz is also happy that the Russians, so far, are not going to fight their next battle with artillery because the KS campaign still needs $786 USD dollars within the next 11 days in order to hit the stretch goal of $7,000 USD, which will unlock all of the Russian artillery.

So if you like the Austrians and Russians and cannot stand the Brandenburg Usurper, then help make Fritz unhappy by clicking on the link below and making a pledge. Pledges start as low as $15 USD and there are seven pledge levels of $100 USD or less:

Also, our spies report that the Austrian artillery greens are already at Griffin Moulds getting outfitted for production moulds. So when this Kickstarter closes, the cannon will quickly be on their way to backers. We understand that Fritz is very upset over this rearmament of Marie Therese's army. He he he.

Finally, here are some of the new Austrian and Prussian artillery train drivers and the new limber horses, which are now in stock in the US and through our UK distributor : Crann Tara Miniatures. 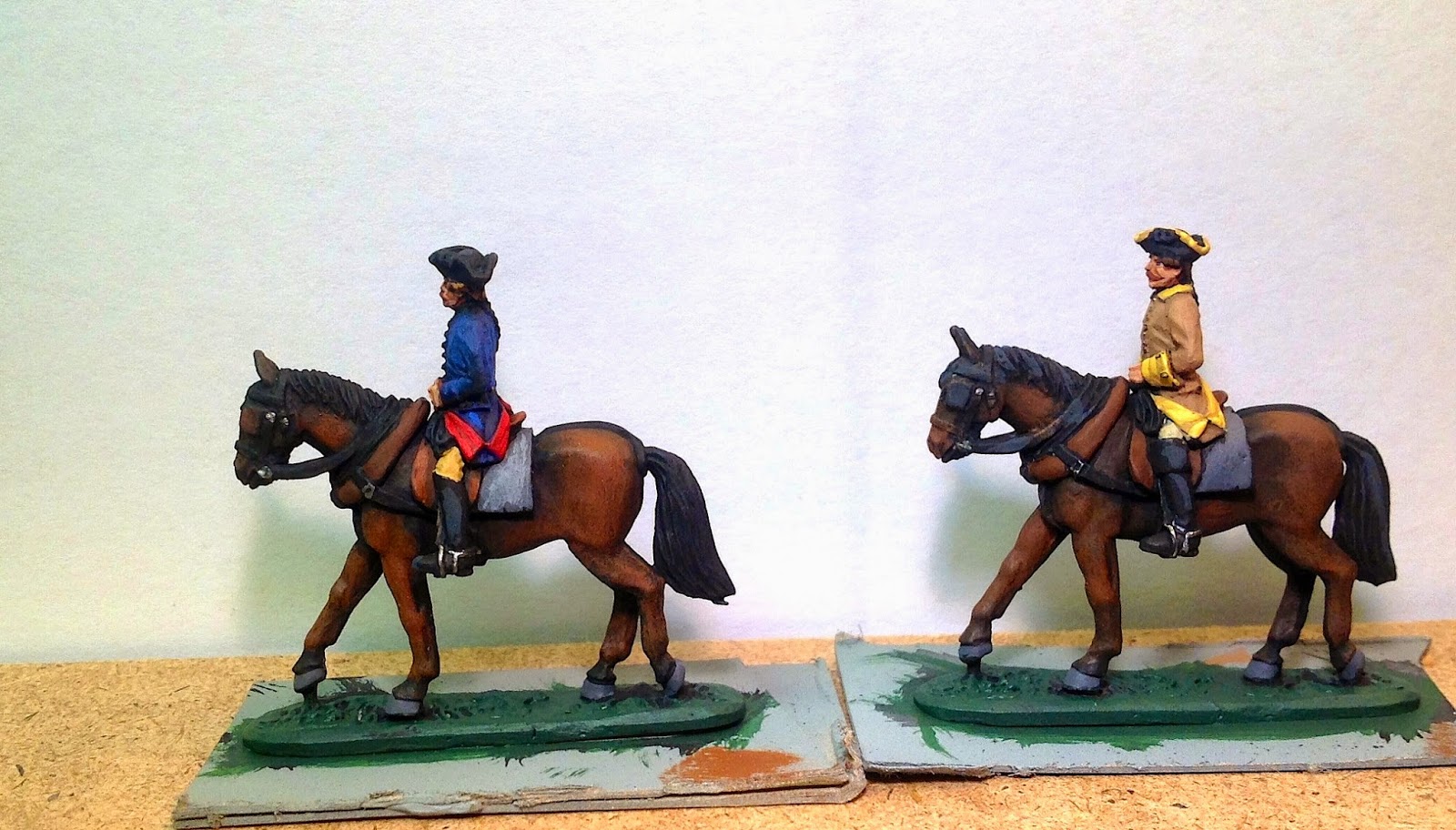 Tomorrow night I hope to have painted samples of the two new civilian limber drivers. One wears a brimmed hat and is wearing a sleeveless waistcoat. The other driver is wearing a tricorn hat and a full jacket.