Fife & Drum and Fritz Get Published 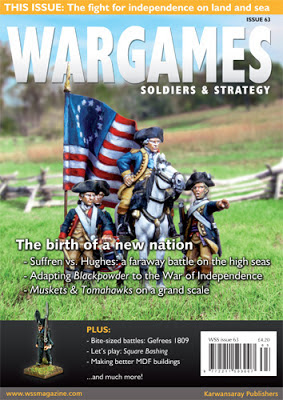 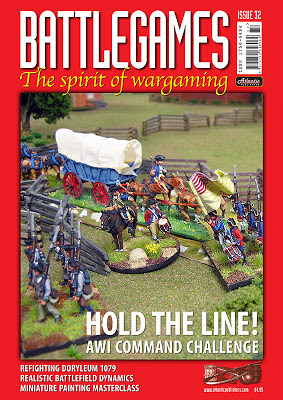 The past month has been rather busy for Der Alte Fritz as I've been busy scribbling out articles about the American Revolution (or AWI) for the wargaming press. Coincidentally, both articles are appearing simultaneously in November.

Wargames, Soldiers & Strategy issue number 63 has a theme issue about the AWI and I was asked to pen an article about the uniforms of the British and Continental armies during the 1777 Philadelphia Campaign. I learned some new things during the research phase of the writing of this article, particularly about the Uniform Lottery that was held in 1777/78. You will have to buy an issue and read for yourself as I'm not going to "spill the beans".

Battlegames issue number 32 features some pictures of Fife & Drum Miniatures on the cover as well as with the article that I wrote: this time, a "command challenge" scenario that is a real cracker-jack of a game. I won't tell you who won the game, but the three times that I play tested the scenario, one side or the other had to win it on the last turn of the game.

I hope that I can peak your curiosity enough to make you want to purchase a copy of both magazines and give them a read. I think that you will like them.
Posted by Der Alte Fritz at 8:34 PM