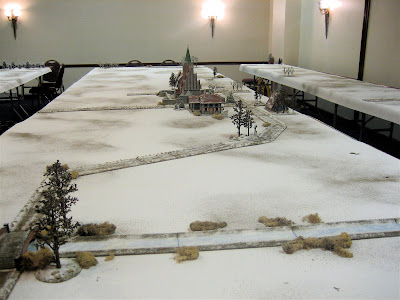 Panoramic view of my Leuthen convention game. Terrain by HG Walls. Table mats by "The Terrain Guy" - the mats were awesome!

I am posting some pictures of the various games that took place at this weekend's Seven Years War Association Convention in South Bend, Indiana on March 26th and 27th, 2010. I will post separate entries later in the week covering my Mollwitz and Leuthen games, but for now, feast your eyes on a nice variety of games (including a few teasers of my Leuthen game, which covered three 24 foot tables). I used The Terrain Guy winter game mats for the surface, and I must say that I was very pleased with the way he executed the mixing of dark brown coloring to break up the white pattern of the snow. It looked very realistic. I had custom sized mats of 6ft by 24ft and two mats of 3ft by 24 ft to use on the back tables. 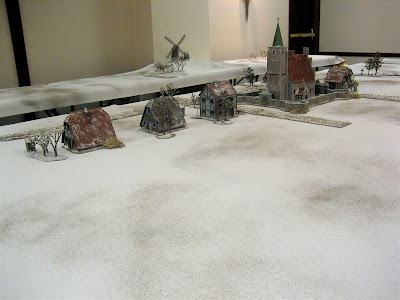 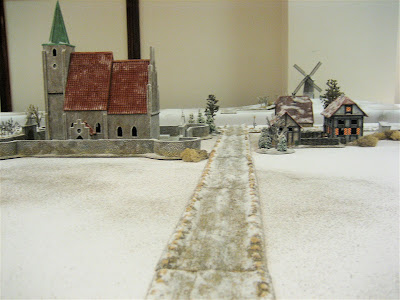 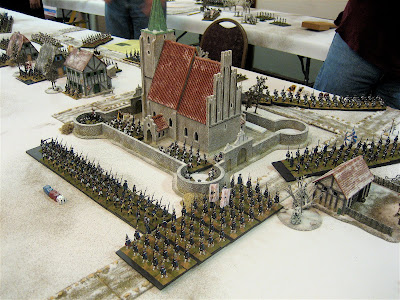 Prussian guard grenadiers lead the assault of the Leuthen churchyard, held by the Rot Wurzburg regiment. 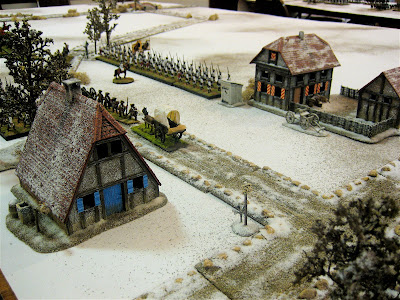 Austrians deploy inside the town of Leuthen. Nice view of some of HG Walls' handicraft with the buildings, roads, trees and even a street sign post. 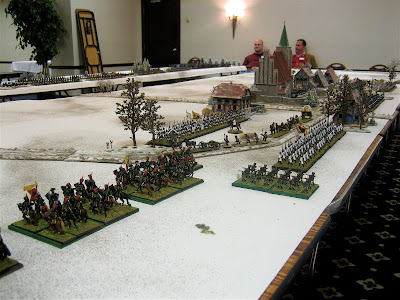 Austrian left flank at Leuthen, protected by hussars and a lot of infantry. 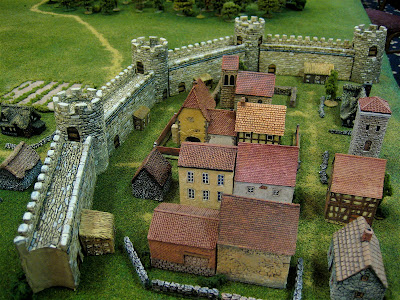 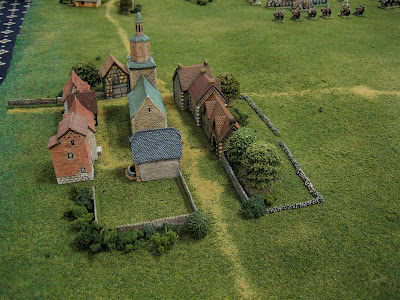 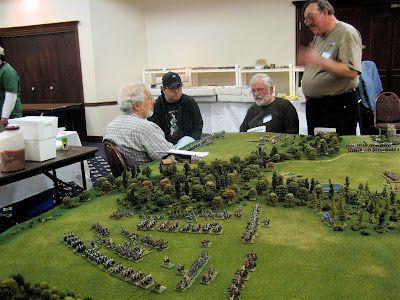 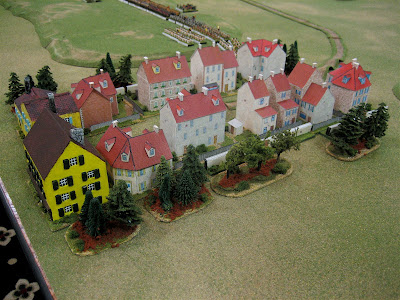 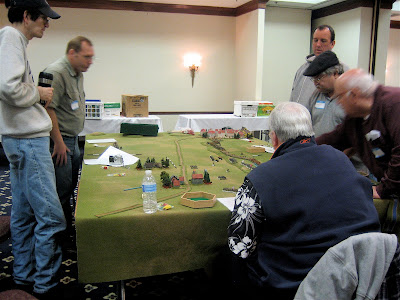 Petri's 10mm Battle of Warburg game in progress. I wanted to play in this game, but I was busy setting up my Leuthen game when this one started. Very nice looking game. 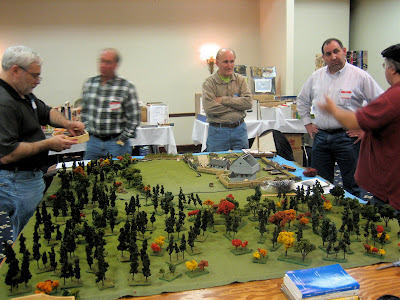 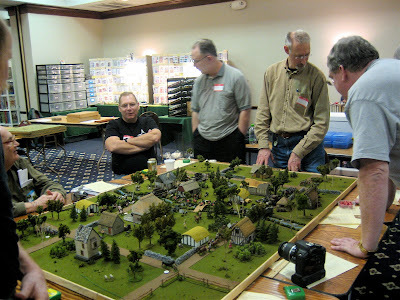 "A Cow Too Far" skirmish game by the Johnston brothers. 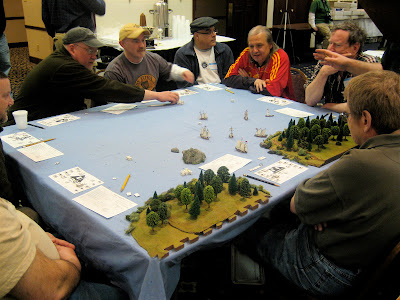 A SYW Naval Game - Battle on The Great Lakes- hosted by Jeff Knudsen using paper ships. It looked like this was a fast and fun game that everyone seemed to be enjoying. I wish that I could have played in it. 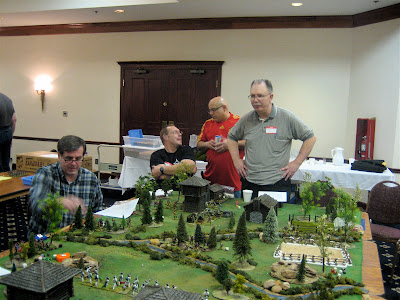 Tod Kershner's famous "Iroquois Terror" game. This time it's in 54mm! There is Tod in the grey shirt. He's also the author of "Age of Reason" rules. That's co-author Dale Wood in the red shirt. 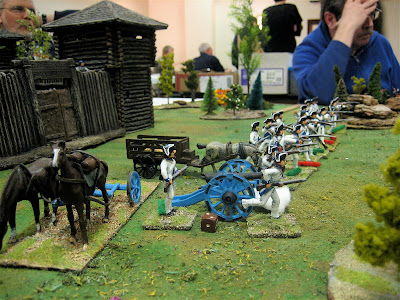 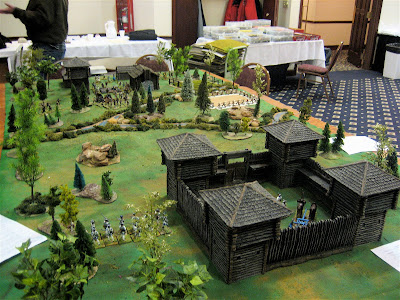 Another view of the 54mm fort. This is what it looks like, right out of the box, nicely painted. 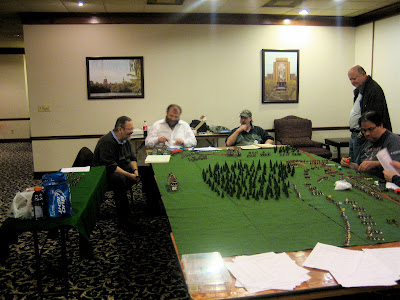 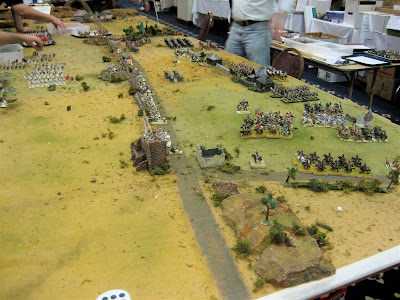