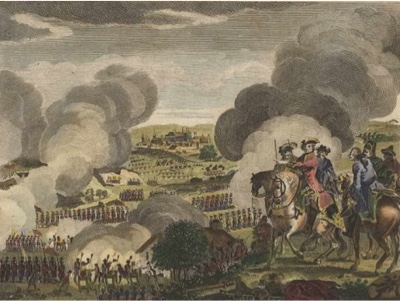 Today is the anniversary of the Battle of Prague fought between Frederick the Greats's Prussians and the Austrian army commanded by (officially) the hapless Prince Charles of Lorraine ( bless him :) ), although von Browne was the actual person running command of the battle until he was mortally wounded.

It was a bad day to be a Prussian general, with the likes of Marshal Schwerin and Lt. General Hautcharmoy biting the dust, while Hans von Winterfeld was severely wounded. A couple of these guys might have come in handy at Kolin a month later.

The death of Schwerin as illustrated by Rochling: 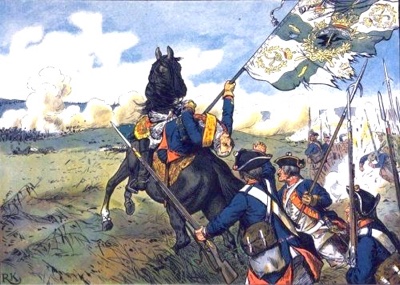 Prince Henry wades into the Rokitnitzerwasser to lead his men out of the boggy fish ponds and into a gap that was about to open in the Austrian battle line. 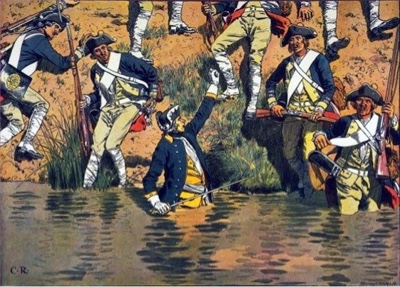