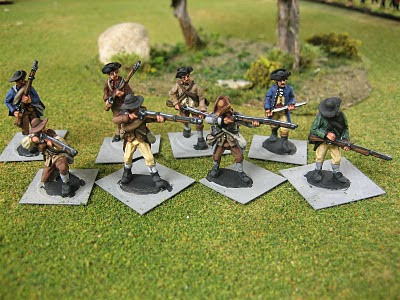 
I am posting a few pictures of the eight new American Militia figures that we will be offering for sale shortly. I'm not going to promise any deadline, because the production end of things is out of my control. Hopefully, we will have them sometime in May, along with the British Guards and the British Light Infanty. 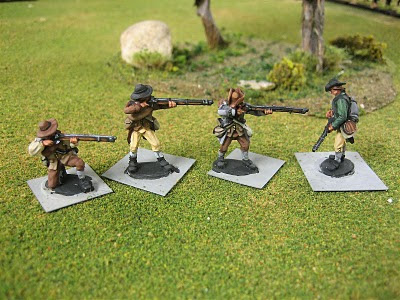 Close up view of the four firing figures.


In the firing group, we have one fellow kneeling firing, two variants standing firing, and one fellow cocking his musket. The tricorn wearing figures could probably also be used in the armies of those who have "Imaginations" forces, in addition to their intended use as militia. 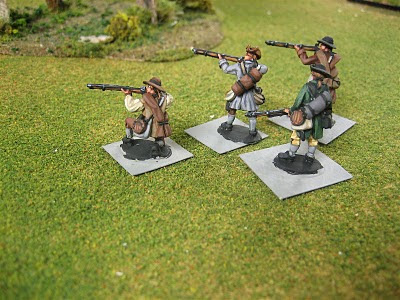 Rear view of the same figures, showing the detail of their equipment. 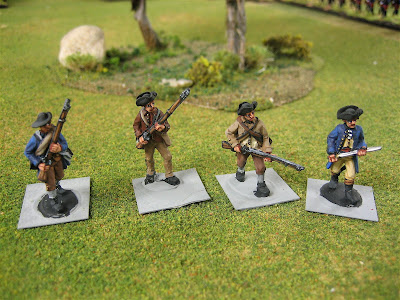 The four advancing poses, including the Militia officer. 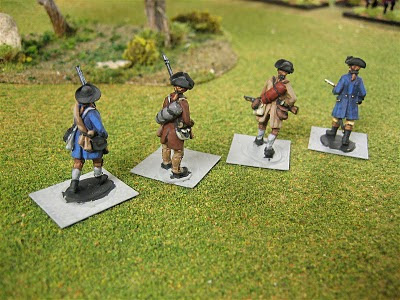 Rear view of the advancing poses.


That gives you an idea of what the eight poses look like and how they turn out once they are painted. I found that they were rather easy to paint and had fun working with them. Over the next week or so, I will increase this to a 24 or 30 figure unit for my AWI armies.
Posted by Der Alte Fritz at 10:26 PM