It's All Starting To Come Together


I have been terraining the bases of my Carthaginian army over the past couple of days. Now that the units are organized and based, I can start to see what the armies of my Punic Wars Project will look like when they are all finished and on the table. Terraining bases is not the most fun thing to do with regard to painting an army, but it is something that has to be done. If done right, it can look spectacular.

Here is a panorama view of my Carthaginian army, so far: 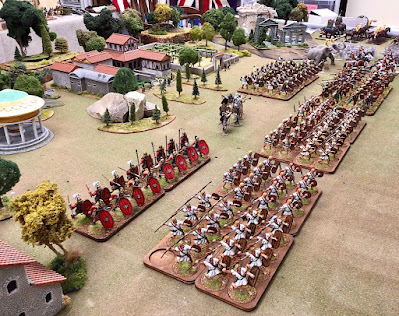 The two units in the front row of the lower right corner are Iberian allies. Behind them, with the red shields, are African veterans. Below is a picture of Hannibal Barca and his retinue. These figures are from John Jenkins Designs.

Here are the Celtic/Gauls contingent. These are probably my favorite figures so far. I like them so much that I plan on adding a second Celt unit. Previously I'd only planned for one such unit. 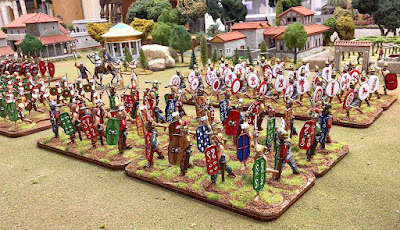 The Carthaginian army, to date, has one unit of 8 cavalry that I found on eBay. I have another 24 Gaulish cavalry, painted, on the way from the UK. My Carthaginian cavalry will consist mostly of Numidian light cavalry and Gaulic medium cavalry. 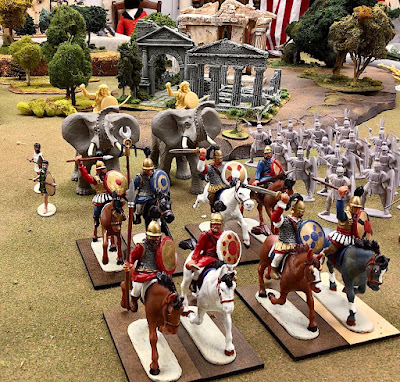 I currently have some Romans on the painting table and they should bring me up to 32 Princeps to go alone with the 32 Hastati and 16 Triarii that I have already painted.