One Year Ago Today


One year ago today, the world seemed to shut down as it dawned on everyone that the COVID-19 virus was in fact a pandemic. NBC News asked viewers to look for the last photograph that they had on their smart phone before the Covid pandemic took hold. The above picture shows our group playing a wargame on Saturday March 7, 2020.

I remember coming to this realization when the NBA shut down its basketball schedule, including stopping one game that was in progress. Oh, oh, I thought. This is going to get bad. I'd better get to the grocery store and lay in some stores of food for the long haul.

Apparently other people had the same thought. When I arrived at the local Jewel grocery store the parking lot was packed with cars even though it was only 2PM in the afternoon. I filled up my shopping cart with frozen entrees, pizza, canned soup, bottles of water, and bleach. The toilet tissue and paper towels were nearly cleaned out by shoppers. The hoarding had started.

Masks were nearly impossible to find. I visited the local Ace Hardware store and the manager had a stash of N-95 masks that he was doling out - only 4 per customer. I think that I paid $20 for just four masks. I also bought the last bottle of hand sanitizer that was on the shelf.

One by one, the various professional sports leagues were following suit with the NBA and either cancelling their seasons or putting them on hold. The NCAA announced that it was cancelling the March Madness College Basketball tournament. Yikes!!!!!

How we got through a year of the pandemic.

Apparently lots of people bought puppies or other pets over the course of the pandemic lockdown. We had rescued our dog Augie ( a Lab mix) from the local animal shelter back in February, so we were ahead of the curve on that one. We actual adopted Augie to replace our Golden Retrieve Tiberius, who had died from cancer in February.

In order to relieve boredom, we started to bake things in the kitchen. My daughter Lelia and I made Civil War hard tack (inedible) and apple fritters from a Colonial Williamsburg recipe book.

With all of my spare time (spare?) I embarked on a new war gaming project, using 54mm plastic toy soldiers to recreate the Sudan Wars and the Gordon Relief Expedition in the mid 1880s. 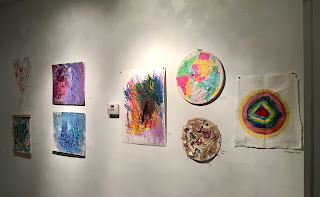 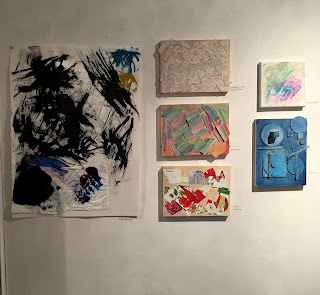 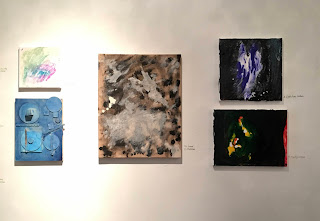 My wife and daughter finally got their first shots of the Moderna vaccine two weeks ago. I received my shot this week. Getting the vaccine does wonders for our frame of mind and gives us a sense of hope and that this is all going to end. Soon? I don't know, but I'm sure that things will never be the same.
As of today, over 530,000 Americans have died from the Covid virus. It was not a good year for the families of the people that we lost and there is no way that I can think that any good will come of this.
Posted by Der Alte Fritz at 8:01 PM