Just for the fun of it I decided to do a minor conversion of some Fife and Drum Miniatures Hessian Grenadiers and turn them into Brunswick grenadiers for my Saratoga Campaign armies.

The conversion involves nothing more than filing down the top of the figure’s gaiters which turns the leg into a pair of one-piece overalls. I then painted the twelve figures as the von Riedesel grenadier company which was part of von Breyman’s converged grenadier battalion at Saratoga. The battalion was comprised of the four grenadier companies of the parent Brunswick musketeer regiments that were a part of Burgoyne’s army.

Here are a few more pictures of the unit: 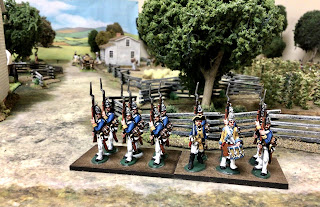 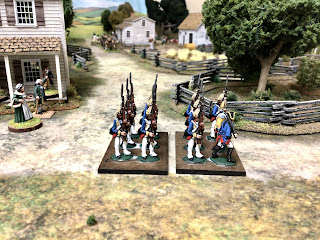 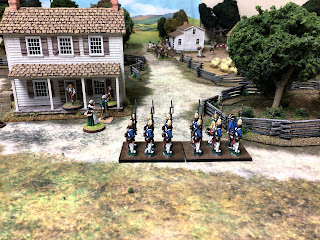