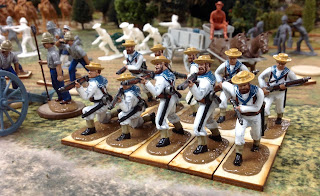 I recently bought a couple boxes of Armies In Plastic ("AIP") Royal Navy Brigade that fought in the Sudan in the eastern Suakin theater of the war. The picture at the top of this page shows the ten figures plus an officer that I painted.

Each box consists of 16 figures which translates to eight poses with two of each pose. Aside from two "silly poses", the figures are nicely posed and detailed. "Silly poses" are those useless figures that are the bane of every box of plastic figures; you know, guys using their rifle for a club, laying prone or charging (when every other pose in the box is either firing or defending).


The quality of the figures varied in my box. It seemed that each pose had one figure that was well-cast with sharp details, but then the second of the same pose was missing some of the detail such as belting and straps. This is the first time that I have had some miscasts in all of the boxes of AIP figures that I have purchased for this Sudan Project 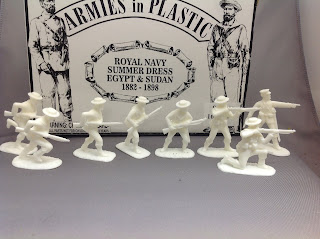 Silly poses times two- the two figures on the left. 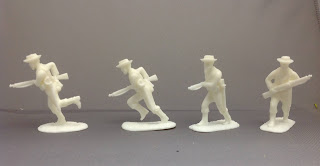 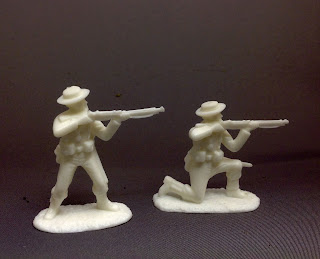 Nice officer figure. I plan on having one command my artillery brigade and the other will command the infantry sailors 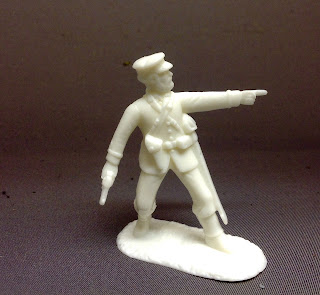