I'm wasting a little bit of time here at the airport as we have a couple hours wait. Mrs. Fritz and I took one last stroll down the beach this morning, albeit a cold walk since it was sunny, windy and 54F degrees. Still beats 30F and snow back in Hesse Seewald .

I've got a carry on bag full of Osprey Campaign books covering Corunna, Bussaco and Fuentes d'Onoro as well as my Jac Weller book on the Peninsula War. I'm mentally cooking up my second brigade of British and know that I can complete one 84-figure battalion for sure by early May. The question is, can I paint a second and maybe a third before the next game? What do you think.

At any rate, Major General Pettygree's army is building strength. John M. has informed Horse Guards that he intends to raise a brigade of British (one British, one Highlander and one Portuguese btn plus 3 howitzers and maybe some cavalry). With all these new recruits on the horizon, Pettygree only has to hold Marshall Soult in check for a month or two, then the army and the partisans will do in the French, methinks. 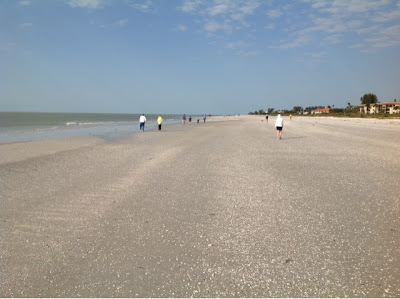