How High Are Artillery Wheels? 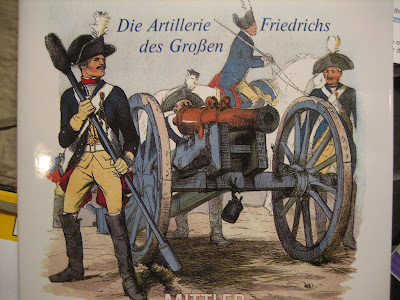 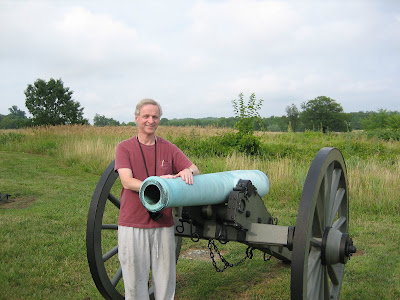 ACW Napoleon at Gettysburg indicates that the wheels are about shoulder height on Der Alte Fritz.

The other day on TMP, some one was asking how high the wheels of artillery pieces should be in relation with the crew figures. I thought that some pictoral evidence of the real deal would be sufficient to answer the question. As you can see in the Knotel drawing of Prussian gunners and in the picture of Der Alte Fritz, standing next to a gen-u-ine ACW Napoleon cannon at Gettysburg, I would have to say that shoulder height is the correct height. 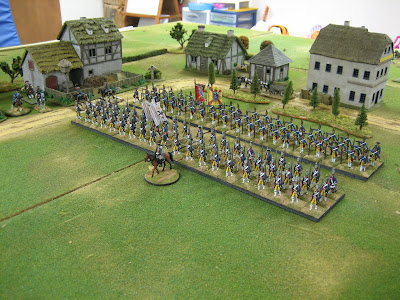 The two battalions of the Hesse Seewald Garde turned out to celebrate the birthday of the Erbprinz.

Yesterday (December 18th) was my birthday, so Der Alte Fritz was a little bit "alter" this morning (I'm typing this at 11 Pm on thursday evening, but posting it on the 19th). We had a quiet celebration at Schloss Seewald with the princess Lady Emma Cuddleston-Smythe and the Duchess Anne giving me some presents and a celebratory dinner at Del Rios' Italian restaurant nearby.

It was quite a treat as the restaurant had hired a group of opera singers to perform for their annual Christmas dinner. They warmed up with a selection of show tunes from Rogers and Hammerstein and then followed up with a few Mozart operettas, and then closed with some traditional Christmas songs. When we returned home, I walked the royal hounds, Dave and Katie, for a couple of miles in the cold night air. There is a huge snow storm headed our way so it may be awhile before we can go walking again. All in all, a nice birthday.
Posted by Der Alte Fritz at 12:36 AM