And the Winner is: Minden Miniatures! 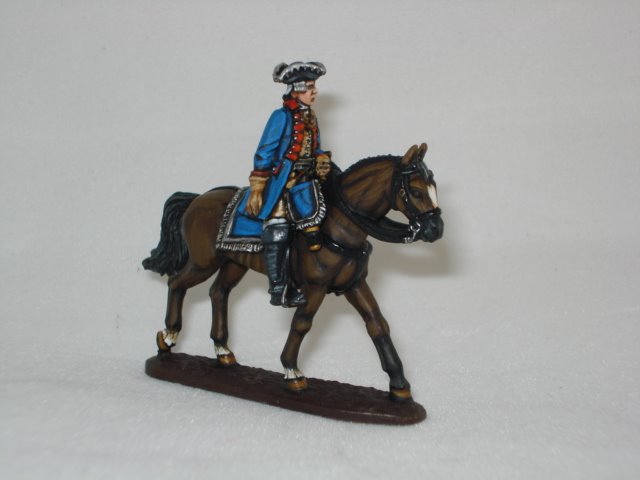 
The Herzog George Ludwig I has reviewed a number of candidates to fulfill the role of Chief Tailor to the Court of Hesse Seewald. There were many qualified applicants, including Crusader, Stadden, Suren , my own Potsdam Miniatures and Perry, among others. Georg Ludwig has made his decision and has decided that Minden Miniatures will receive the Special Appointment of the Court to outfit his army.

The figures evoke the style of two of my favorite 18th Century miniatures ranges: RSM and Stadden. The Minden range will be more comprehensive in terms of the availability of officers, NCOs, musicians, flag bearers, etc. Furthermore, it will cover all arms completely, from infantry to cavalry to artillery. In addition, I believe that sculptor Richard Ansell has really done a remarkable job in capturing the Stadden look, only updating the style with the level of detail that we all have come to expect with today's miniatures. These figures represent the best of both worlds.

But the bottom line is that I simply think that these are the best Seven Years War range of figures on the market, and so I am happy to support Frank and the fine work done by sculptor Richard Ansell. For more information about this wonderful range of figures, click on the following link: http://mindenminis.blogspot.com

With that in mind, I placed an order for the first two battalions of the new Hesse Seewald army this afternoon. The infantry battalions will feature 48 figures plus two standard bearers and a mounted officer. Every battalion is going to have its own regimental 3-pounder or 7-pound haubitz. For artillery pieces, I will probably use the Berlin Zinnfiguren range which are sized to fit the remarkable Minden figures. 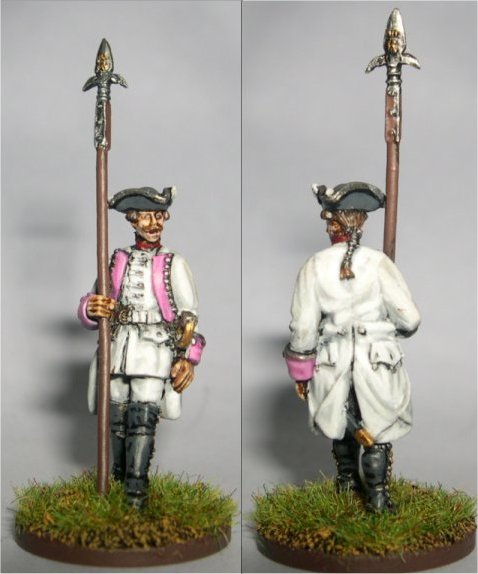 I have a little bit of catching up to do first. Since I have the Minden Bug, I hauled out the 60 figure battalion of Minden Austrians that I ordered earlier in the year. I am preparing them for priming by giving them a rinse in rubbing alcohol, then filing the underside of the base with a quick swipe of a file. Then I will glue them onto American penny coins so that they gain a couple more centimeters in height (this visually tricks the eye into thinking that they are the same height as some of my other chunkier figures in my SYW armies).

I am looking forward to getting the first batch of 30 Minden Austrians primed and ready to paint. What a great way to start off the new year.
Posted by Der Alte Fritz at 8:25 PM