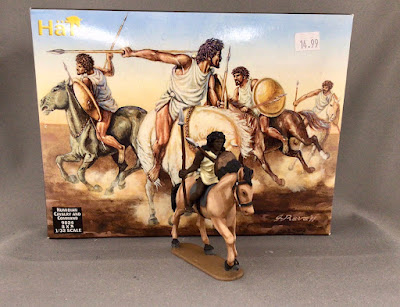 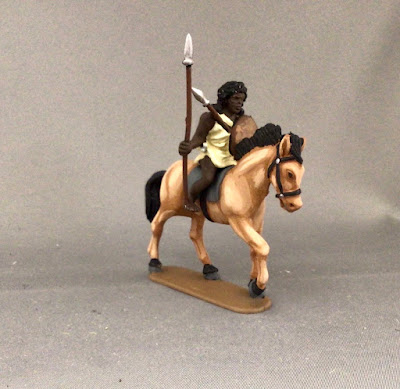 I like to paint one sample figure from start to finish whenever I start on a new batch of figures. You have seen the Gallic cavalry samples that I posted on this blog a couple of days ago. Last night I painted one Numidian light horseman for my Carthaginian army.

The Numidian cavalry gave the Romans fits with their hit and run tactics. They would ride to within javelin range of the Roman cavalry and hit them on the flanks and then ride away before the Romans coukd react. The Numidian cavalry played a key role in many of Hannibal’s victories, especially at Cannae. It is notable that Hannibal lost the battle of Zama, due in large part to Massinissa defecting to the Romans prior to the battle. 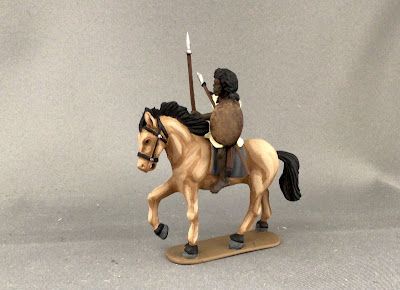 I liked the way that the sample horse turned out. I used Reaper Oiled Leather paint for the basic color and then mixed in Creamy Ivory to create the two different highlight colors on the horse. The black horse hair on the mane and tail provide a dramatic contrast to the horse.