Minden Russian Musketeers Are Based

I just finished the basing on my "Faux Russian" musketeer regiment, the Courland Regiment and thought that everyone would like to see how they look all based up and ready to go.

The flag is a GMB Designs Russian 1797-1806 flag for the Riazan Regiment, but since the battalion is a semi-imaginary unit, it doesn't really matter which flag I use. Eventually when I add the real Russian infantry to the Minden range, I will use the correct GMB flags for the SYW (it's just that I didn't have any on hand to finish the regiment).

Kickstarter Update - Austrians are a go, but Russians too?

The $3,000 goal to get the Austrian artillery into production has been met and now we are seeking to reach the $8,000 pledge level so that the Russian artillery equipment can get unlocked. Now a lot of you Minden fans have been asking me when we are going to add Russians to the range. My answer is "NOW!" However, in order to gauge interest and start the Russian project, I think that it is necessary to hit the first stretch goal. If we can do that, then I will feel like there really is enough interest in the Russians to put them (infantry, cavalry and artillery) into production.

Click on the following link to visit the Fife & Drum Kickstarter page and make a pledge to get the Russians into production:

There are seven pledge levels of $50 or less and go as low as $15, so I've tried to make it easy for anyone to pledge a minimal amount in support of this project. Of course, if you are really gung ho for Russians, there are a number of higher pledge levels too.

Swap privileges that allow you to trade your Austrian or Russian artillery in for any other Minden or Fife & Drum figures is available for anyone pledging more than $100. Pledge $100 or more and receive the same retail value in other figures such as Prussians, British, French or even AWI figures. Think about it, if you were planning on placing a Minden order anyway, consider pledging at the $100 level and you not only get the figures that you want, but you also help unlock the start of the Russian range.

What is the appeal of the Russians for me? Well, several things: they were a tough opponent whom Frederick never really defeated; their green and red uniforms are very colorful and offer a nice change of pace from Austrian white; and finally, they  have really cool looking artillery equipment and hoards of Cossacks. When we get around to making Cossacks, we won't have just 4 to 6 Cossacks, we will start with 16 Cossacks and eventually build them up to 32 different figures - now that's variety! 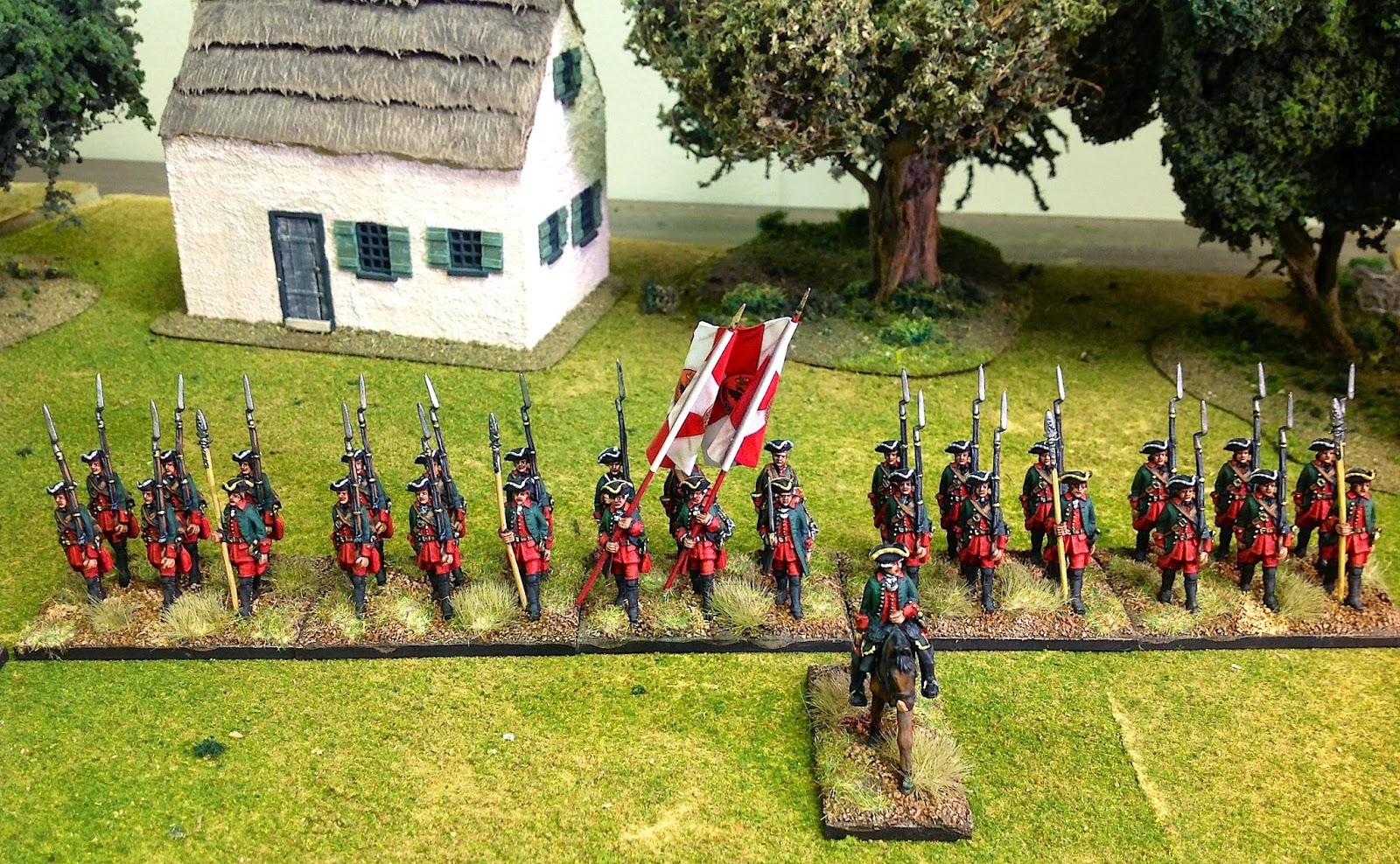