Days Left In The Campaign:  14 days

How to back this project: click the link below:

Backers:  33 (thank you everyone! You are true heroes)

We are sooooo close to unlocking the Russian artillery equipment and I am sure that we can make the final push to $7,000 this week. After that, we will need the artillery crew to man the guns, but the goal here is $11,000 as it costs a lot of money to get 16 new individual figures sculpted, master moulds made, production moulds metal even before we start spinning the metal and making the product. So we need your help to get the Russian artillery crew into the production cycle.

I have probably had more requests for Russians than I have for any ten other nationalities combined. Several of you have been quite vocal, but your names are not among our backers so far. Now is the time to help the campaign so that we can all see Russians added to the Minden range.

I spent quite a bit of time Saturday painting the Maurice de Saxe vignette that Minden Miniatures and Crann Tara Miniatures are offering soon (I'm waiting for the wagons from the caster, but I have Maurice and all of the figures that go with the wagon. Crann Tara has everything in stock).

I stayed up until 3 AM Sunday morning getting the basing done, to this point, grass to come later today. Hooking up the metal traces was a bit tricky. I might use wire or black thread in lieu of the traces were I to assemble and paint another one of these models.

The Volontaires de Saxe uhlan driver looks very nice as well. I also painted the officer and have a few of the lancers on my painting table. These uhlans are the goods! Relly nice looking figures and easy to paint since they do not have a lot of equipment on them.

Inspiration for the Maurice de Saxe vignette was drawn from the following pictures: 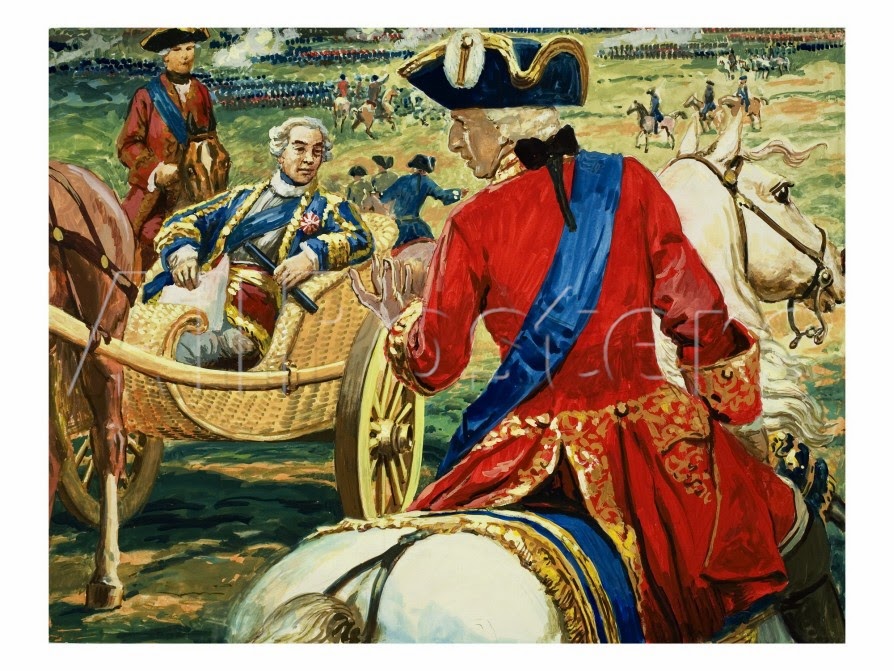 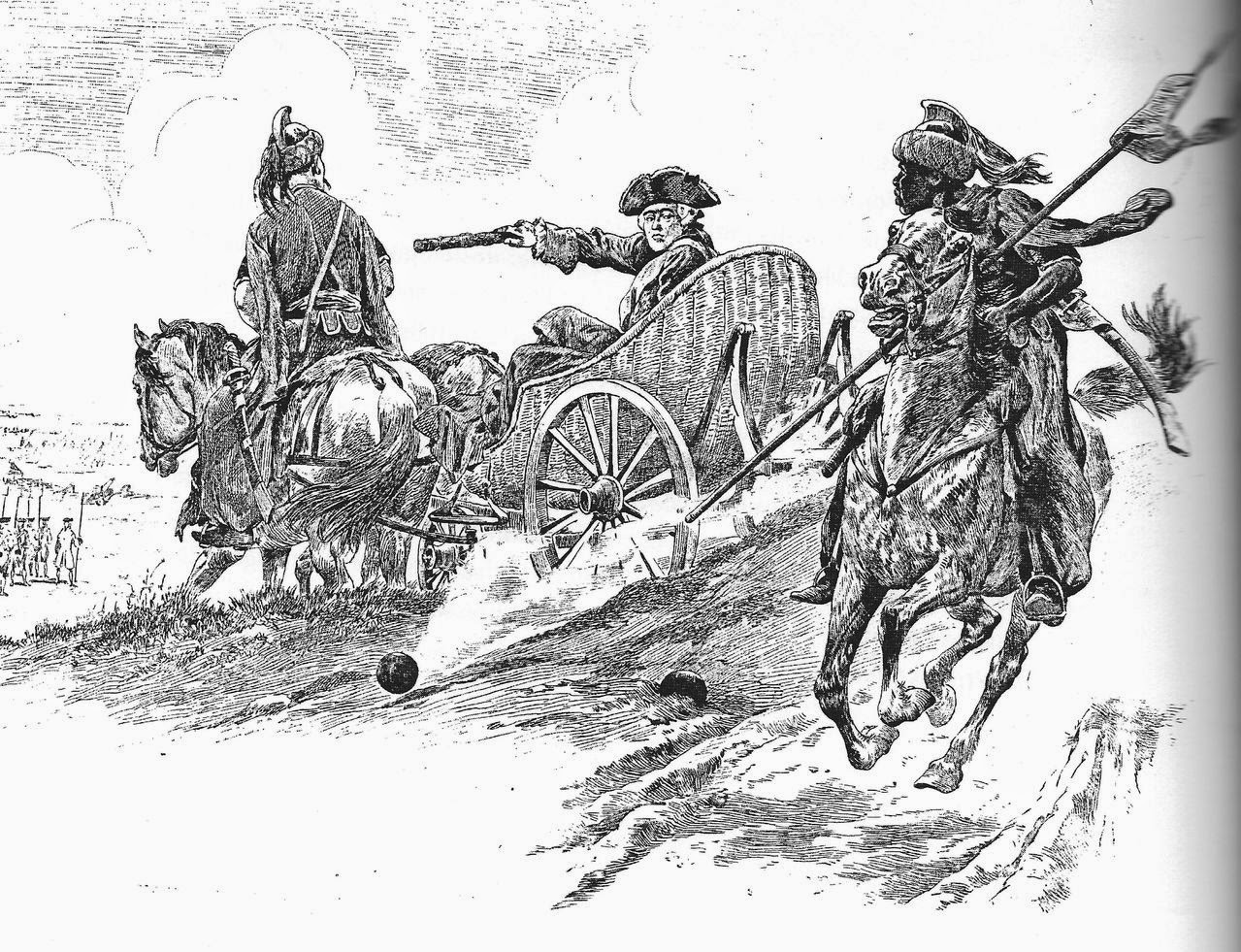 You may have noticed that I have been picking up the pace of my blogging lately. It will continue as I want to hit the 100 posts goal for 2014. At 53 posts, I have a way to go, but I think that I can make it. So please stop by and visit more often because there will be a lot of new content going up several days each week. And do feel free to leave any comments. We like to read your comments.