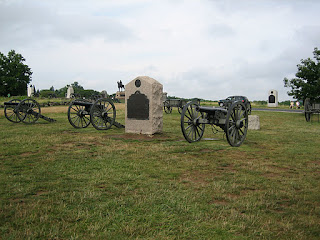 
I thought that I would pick some random photos from my vast and every-growing iPhotos library. These pictures were taken in 2008 on our trip to Historicon. Bill, Randy and I rented a van and hauled all of our big battalion SYW figures and terrain to Lancaster so that we could host a series of games at the convention. 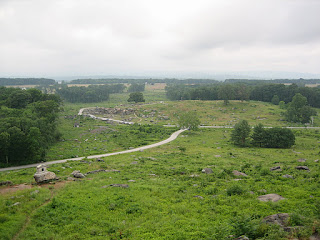 A view of Hauk's Ridge and Devil's Den from the summit of Little Round Top.


I was really amazed at how different the terrain looks after the National Park Service restored this ground to its appearance back in July 1863. This entailed cutting down a lot of trees that had grown in the interim years. What you see in front of you used to be covered by a dense forest of trees. One could not comprehend what it would have been like to see Hood's attack developing because, well ....

You couldn't see anything since it was all obscured by the trees. Interesting, to say the least. 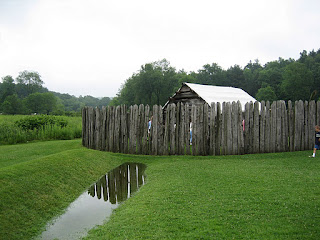 Fort Necessity - another stop on our trip to Pennsylvania. 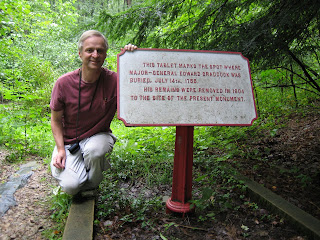 Meanwhile, in Hesse Seewald, it has been a balmy Winter so far with little in the way of snow and temperatures in the 40s and 50s F. Now if this can just last through the end of this month, we will have knocked off a month of Winter. I could get used to Winter weather such as this.

See you tomorrow.
Posted by Der Alte Fritz at 10:58 PM