The Guards Turn Out for the Queen’s Jubilee

Congratulations to Great Britain for its celebration of Queen Elizabeth II’s 70 year reign on the throne of the United Kingdom. Regardless of whether one is a monarchist or a republican, you have to admit that the British know how to do pomp and pageantry like no other country. I had wanted to watch the Trooping of the Colours on live TV, but I forgot about it and missed seeing the event. I can probably watch it on You Tube.

So in celebration of the Platinum Jubilee, I had all of my William Britain’s Household Troops turn out on the parade ground on our kitchen table and stage a celebratory parade. The toy soldiers don’t get out of storage very often so they were appreciative of the opportunity to get onto the parade ground.

The figures in these photos are William Britain’s hollow cast toy soldiers that I have saved from my childhood days.

The Greys and the rest of the Household cavalry follow the foot troops (for obvious reasons). 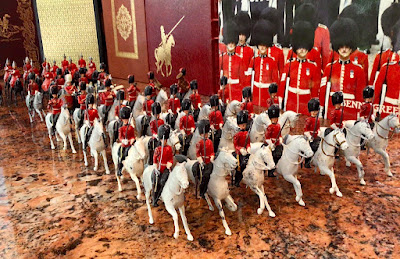 Here are some more random pictures that I took today. 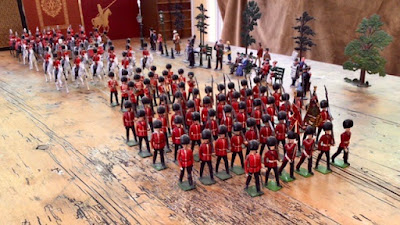 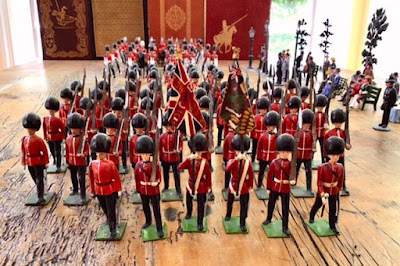 All of this reminds me of when I was a little boy and I would set up my Britain’s figures on the floor to have battles and victory parades. Ah yes, I remember it well.