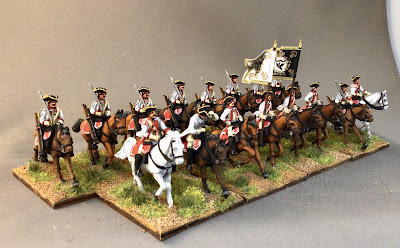 I have always wanted to get around to painting some of my Minden Miniatures Prussian dragoons wearing the white coats of the pre-1745 dragoon uniform. I would imagine that King Frederick ordered the uniform change because the white coats looked too much like Austrian uniforms

So I chose the famous Bayreuth Dragoons (DR5) who achieved their fame at the Battle of Hohenfriedburg in 1745. They were a ten squadron dragoon regiment (yes, you read that correctly, ten squadrons!) which made them the size of a normal brigade of cavalry. Prior to the battle DR5 was not assigned to any other Prussian cavalry brigade and the various Prussian generals forgot that the Bayreuth Dragoons were even a part of the army.

The regimental colonel spied an opportunity to charge into the faltering Austrian musketeer regiments and so he ordered the regiment to advance forward and initiate the charge. The Austrian infantry was caught off guard by the charge and many of them broke and ran. The Bayreuth Dragoons virtually took out a large part of the Austrian army in one charge, sealing the victory for the Prussians.

This is another example of "converting with paint" as all I had to do was paint the figures with white coats, rather than cornflower blue. The uniform was of the same cut before and after the switch from white coat to blue coat, thus no other conversions are required.

Here are some more pictures of my new Bayreuth Dragoon regiment in situ. 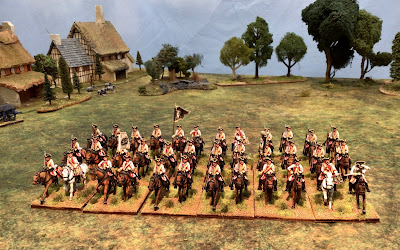 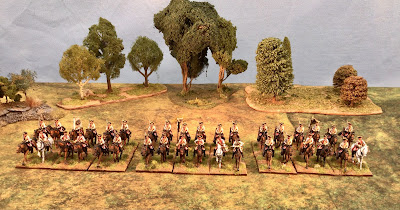 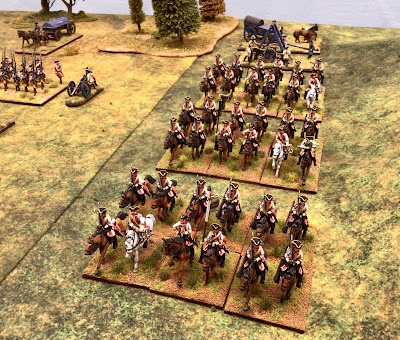 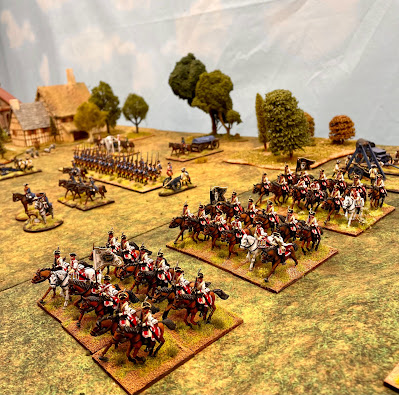 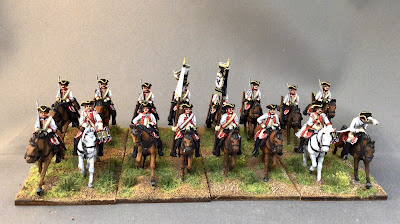 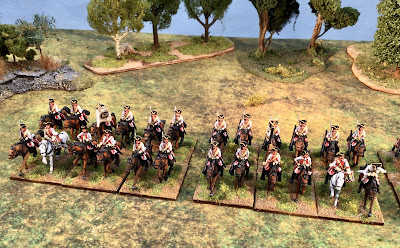 The regiment has 36 figures compared to my standard cavalry size of 24 figures.