The British (Greens) Are Coming! 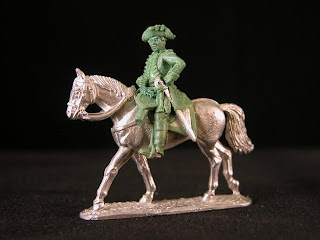 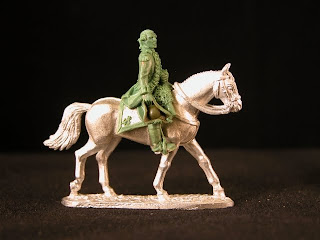 British mounted officers, by Richard Ansell. I really like the facial expresssions on these gentlemen, especially the one wearing his hat.

OK, here they are: today I received pictures of the latest sculpts that Richard Ansell just finished and these are real beauties, as one might expect. I am tempted to dribble out a few pictures at a time, but these are just too nice to hold back, so here we go. 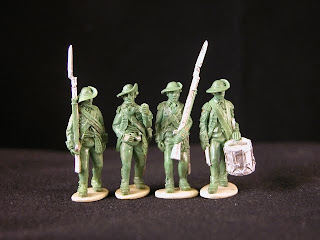 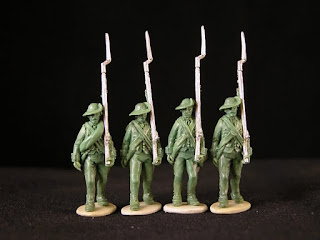 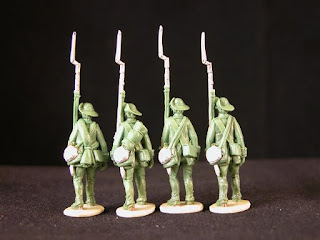 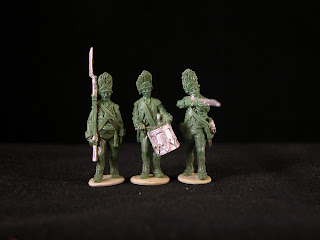 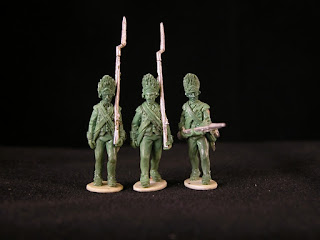 I will post front and rear views of everything on the Fife & Drum blog. See link in the left hand column of this page.