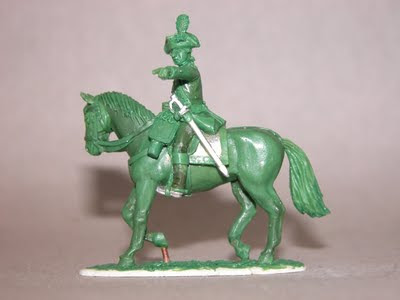 
I was very excited to see an e-mail from Richard containing the pictures of the American mounted officers that he just finished. Aren't they dandy? 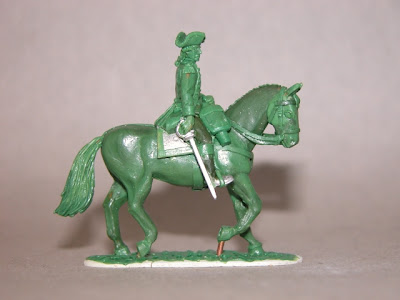 American colonel riding with his sword at his side.

This completes the set of 16 Continentals that I commissioned with Richard Ansell for the Fife & Drum Miniatures range of AWI figures. I would imagine that these fine fellows could also be useful for those of you who are building "imaginations armies" as they would fit in nicely with other 18th Century figures. In fact, all of the other Fife & Drum figures would make for suitable generic 18th Century soldiers and troops.

Hopefully we can deliver the Continental greens to the caster next week and have the master moulds made. Thereafter, we can get the range into production. This should turn out to be an exciting summer for AWI enthusiasts.

I'm looking forward to painting a bunch of the new Continentals this summer. Exciting times are ahead.
m
Posted by Der Alte Fritz at 8:46 PM