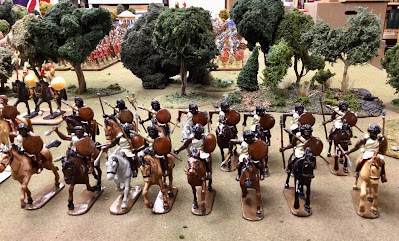 But wait, there is more!

I added another dozen Carthaginian heavy cavalry, already painted, courtesy of a gentlemen in the UK who has been selling off his similar Punic War armies in 54mm plastic. I don't plan on doing any major painting touch up on these figures, save for any areas where the paint might have completely chipped off. They just need to have the bases terrained and then they will be ready to go. These will be joined by the 8 Carthaginians that I previously acquired via eBay as well as the 8 unpainted figures that I scrounged online. I will use 4 of the latter to bring the Carthaginian unit up to 24 figures and use the remaining 4 figures for Carthaginian commander stands. 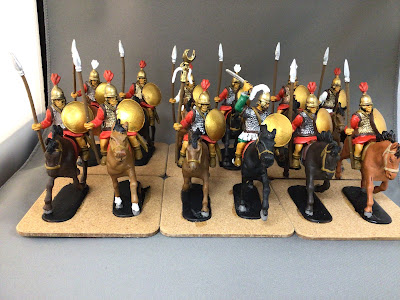 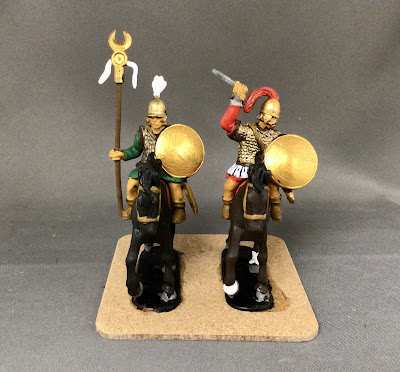 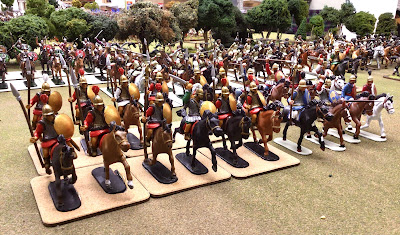 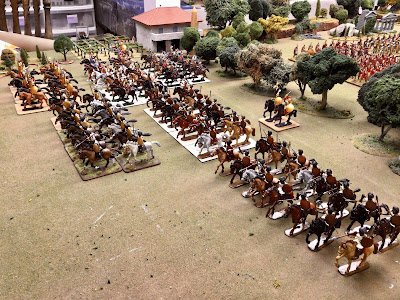 I have added another unit of Celtic infantry, which I will show in a separate post, and I have started work on some Italian allies for the Roman army. These will also be posted in the near future.