The Saratoga Project continues to advance at a rapid pace with new units being added at a pace of one week for each new regiment of figures. The British and Brunswick contingents are largely completed and so I am now pointing my brushes towards the American side. This past week I finished the 30-figure 2nd New Hampshire regiment.

The 2nd New Hampshire Regiment is missing its colors, which will be supplied by GMB Designs (the best looking flags bar none - of other commercial or professionally-painted flags). The regiment actually lost its colors earlier in the Saratoga Campaign when they were captured by the British at Fort Ticondaroga in 1777.

Here are some pictures of the colors carried by the 2nd New Hampshire during the 1777 campaign season. Thanks to Bill Nevins and Ken Marshall for creating these flag images. Please feel free to download and use these flags on your regiments. 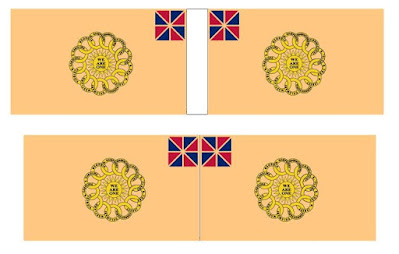 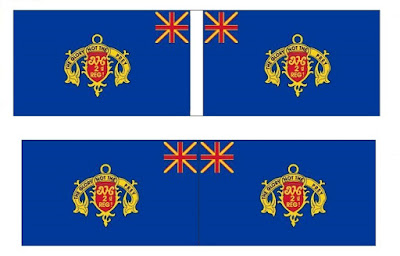 I have been on a head swap frenzy these past several weeks. I wanted to have more round hats in my Continental regiments because this style of headgear was commonly used. I liked how they look so much that I will be adding Continentals in Round Hats to the Fife and Drum Miniatures range in the near future, avialable in both regular uniform coats and hunting shirts. Stay tuned to my blog for more information about these new figurs.

Next on the painting table: the 1st New Hampshire Regiment in dark green coats and overalls, with red waistcoats and facings. They are a rather smart looking regiment.