It's No Bummer When You've Got a Brummer! 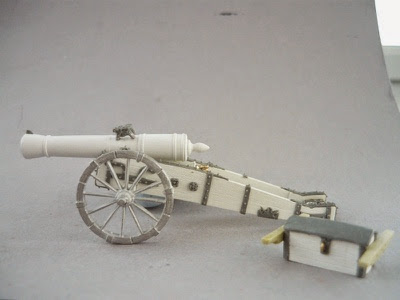 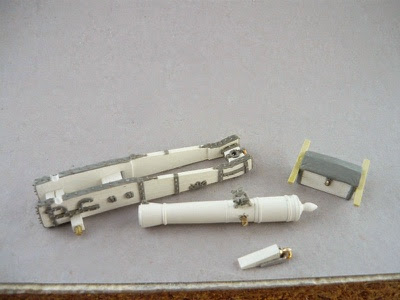 Here are some preliminary piccies of the 12-pound Brummer that Frederick used at the battle of Leuthen on December 5, 1757. These big artillery pieces were actually fortress guns located at Glogau ( in Silesia). Frederick had a shortage of cannon prior to Leuthen ( the Silesian army based in Breslau had lost most of their cannon after their defeat by the Austrians outside of Breslau, whereas the King's half of the army, fresh off their victory at Rossbach, was traveling light with respect to its compliment of artillery).

There are a couple of changes that we are making: bigger wheels and the placement of the trunnions is a bit off, but both are being corrected. 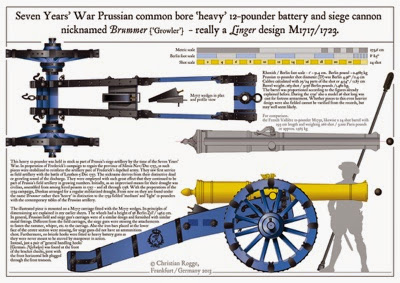 I expect to have these giant cannon in production early in 2015.
Here is a link to Christian's blog: